Earlier this week, in an interview with Entertainment Weekly, Jeffrey Dean Morgan was asked about Negan’s backstory and if his history would be revealed. Morgan replied, “I talked to Robert Kirkman after we did Talking Dead and he is kind of doing the backstory of Negan now, so whether or not or when we see that – I hope we do, I can’t answer that.”

Well, the “when” is now, at least, for the comic character. The first page of a new series by Walking Dead’s Robert Kirkman and artist, Charlie Adlard, was released today by The Hollywood Reporter. The series, titled ‘Here’s Negan’, will be 48 pages total and will be released four pages at a time, over the course of a year, in Image+ (a monthly previews catalog for all things from the comic book publisher).

Finally, fans will get to see how the colorful, charismatic leader rose to power and how he rallied so many men under his reign. The first page released shows how he created his iconic accessory, Lucille.

Check out the first look at the Negan’s backstory below. The next three pages will be released in the first issue of Image+ on April 27th.

Are you as excited as we are for ‘Here’s Negan‘? 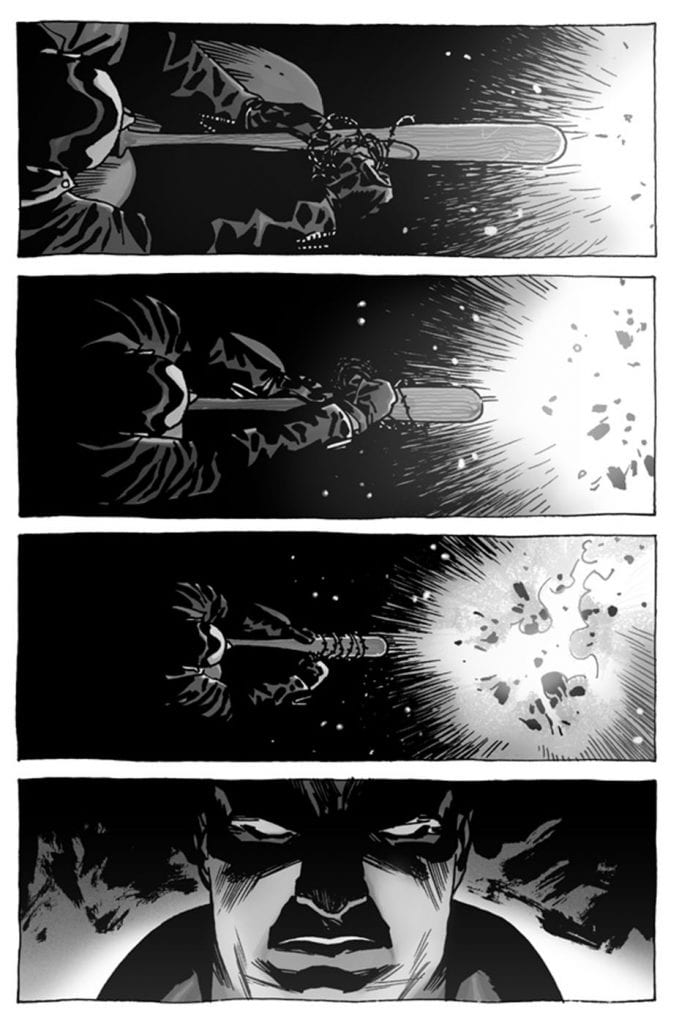