With how prevalent Fire Emblem is these days it is crazy to think that not so long ago the series wasn’t very well known here in America. Nintendo recently let us know that the original Fire Emblem will be heading to the Switch, translated in English for the first time ever. Well, for the first time if you don’t count fan translations. Fire Emblem: Shadow Dragon & The Blade of Light will be hitting the Nintendo Switch on December 4th, 2020.

The game will be hitting the Nintendo E-shop on that day. That’s not all, Nintendo went on to announce something that was sure to make collector’s incredibly excited. Not only should we be excited that this release is going to exist at all, but it’s also getting a physical release! Well, kind of. There’s going to be a special package released that contains all kinds of physical goodies. At first I thought a Switch cartridge that had the game on it was to be included but I misunderstood. Instead, a replica NES cartridge will be included with the physical edition among other things. You’ll get a code to download the game though, don’t worry.

The physical release will include the game, a deluxe art book, the replica NES Cartridge and box, and a mini Nintendo Power collectible. As someone who has only played the newer entries into the series, this is a great way to take a look at where the series began. This isn’t the first time we’ve been able to play through Marth’s story, however. In 2008 and 2008, depending on where you are located, Nintendo released a remake of that first game for the Nintendo DS. Fire Emblem Shadow Dragon was the first time we in the west got to experience this game. It was fairly well received too, as proven by the amount of Fire Emblem games that have been brought over since. 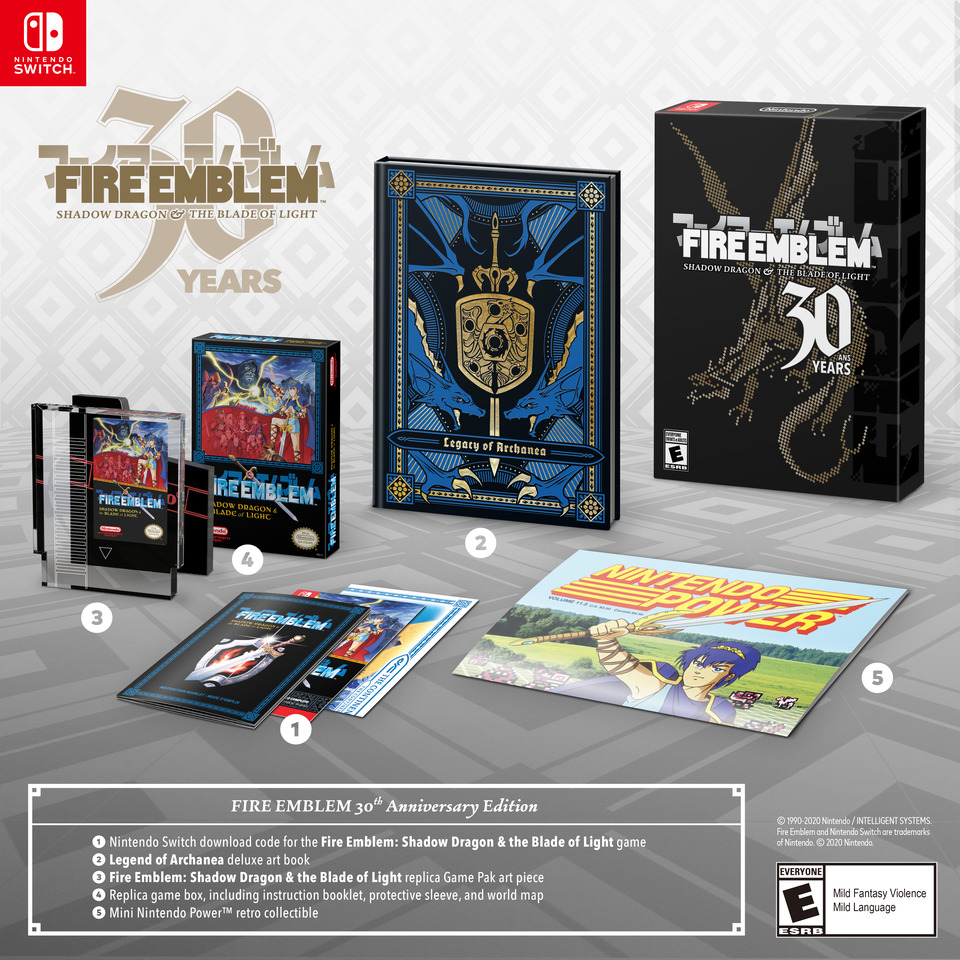 If you are interested in getting your hands on this guy, I’d suggest doing so fast. Just like Super Mario 3D All-Stars this is going to be a limited release. If you don’t purchase it before March 31st, 2021 then you’ll lose your chance! Luckily the game is going to be very affordable for the digital edition. The physical edition will run you a bit more, but you should hop on that fast as well since it looks like some retailers are already selling out.

Fire Emblem: Shadow Dragon & The Blade of Light isn’t a direct port though, Nintendo went to the trouble of making a few enhancements. For example, you’ll be able to rewind turns, and you’ll probably need to a few times. The earlier Fire Emblem games are known for being notoriously hard. Hopefully rewinding time will make the whole thing a little easier for newbies. The game features 25 chapters and will tell the story of Marth, that guy from Smash Bros.

Fire Emblem: Shadow Dragon & The Blade of Light will release on December 4th, 2020 for $5.99 USD on the Nintendo E-shop. Alternatively, you can purchase the physical edition for $49.99 USD from select retailers. Assuming you get one in time, of course.