Following the disappointing reaction to the most recent film in the series “Allegiant“,, Variety reports that the upcoming final film in the series, “Ascendant” (due 2017) may not come to the big screen at all. Recent reports suggest that Lionsgate will release the fourth film as a TV movie, which will not only wrap up the previous story arc started in “Divergent“, but also introduce new characters that will continue the franchise on in new ways though a television show(available through Traditional or Streaming ala Netflix/Hulu) that will take place in the “Divergent” universe. 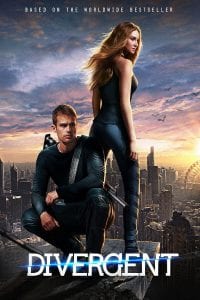 With that being said, at this time there is no word if the original cast including actors Shailenne Woodley and Theo James would return for the final film if it does indeed go to the small screen.

If this does go to the small screen and they have to recast the roles of Tris,[EDIT:Tobias Eaton],etc. Would you still watch?  What are your feelings on the franchise so far and do you want to see a show based in that universe? Let us know in the comments below!