Morgan was saved at the beginning of this season of Fear The Walking Dead. The only thing we didn’t know is who saved him and why. The midseason premiere finally revealed this information while also giving us a shocking, tragic death. Morgan thought he was saved to do some good, to build something. Unfortunately, that didn’t end up being true at all. No, Morgan was saved for one reason and one reason only. He was saved because the person who saved him wants him to kill Virginia. That’s a pretty big hint as to who it is. Have you figured it out yet? Yeah, that’s right. The person who saved Morgan at the beginning of the season was none other than Dakota, Virginia’s sister. We know who saved Morgan! 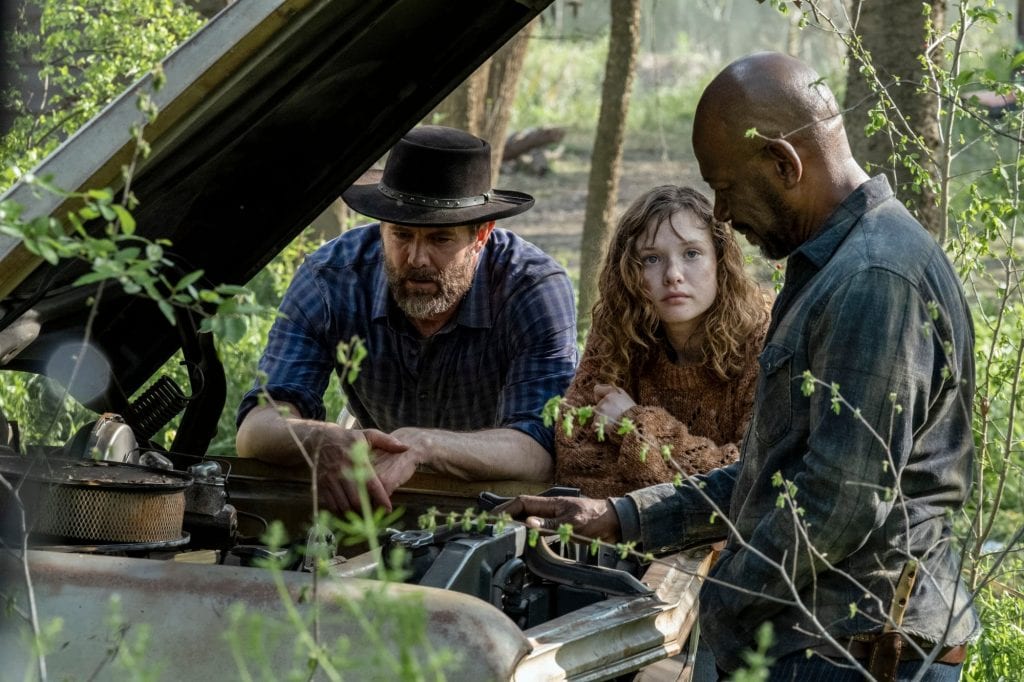 “I am the reason you are alive! I saved you at the Gulch. Ginny, she left you to die. You dragged yourself up to the church. The dead followed you. They were on top of you, about to eat you. But I was there. I killed them. I followed Ginny and the Rangers to the Gulch ’cause I wanted to see her go down.” Dakota tells him after committing a terrible deed.

It’s really unfortunate that this information comes on the heels of Dakota killing John. John wasn’t just a good guy he was also a fan favorite in Fear The Walking Dead. Not to mention this shatters any ideas that Morgan might have had about being saved for some noble reason. It must be devastating, for him to realize that he was only saved to serve as an assassin. With Dakota’s treachery revealed though Morgan is forced to take her hostage. This also ensures that the confrontation with Virginia will be coming a lot sooner than expected. Hopefully, Morgan and his new community come out on top.

Are you glad we know who saved Morgan? Let us know down in the comments!

Fear The Walking Dead is back on AMC every Sunday until the season ends.

Home » Television » Fear The Walking Dead: We Know Who Saved Morgan In The Season Premiere