Fear The Walking Dead returned with its 6B midseason premiere, and it was a gutwrenching episode. It seems like that was the point though, according to showrunners Andrew Chambliss and Ian Goldberg. The show took a five-month break, because of Covid-19, and then came back just to shatter our hearts. This was the biggest death on Fear The Walking Dead in years! Fans weren’t expecting Dakota (Zoe Colletti) to pick up a gun and shoot John Dorie (Garret Dillahunt) dead. Nor did they expect Dakota to have been the one behind the murder of Ranger Cameron. Still, that’s exactly what happened. Dillahunt revealed in a recent interview that his death was planned all the way back in season 5. Now the showrunners have opened up about why Dorie had to go. Can you believe the showrunners wanted to “break our hearts” with the midseason premiere?

Goldberg and Chambliss told Entertainment Weekly, “Well, this has been, from the beginning of the season, about Morgan trying to put the family back together that was ripped apart. And where this family really began was with Morgan and John Dorie in Season 4. And at that time, Morgan was in a place where he didn’t want to be with people, he was running away on his own, he didn’t want to connect with people, and the person who brought him back from all that was John Dorie.” 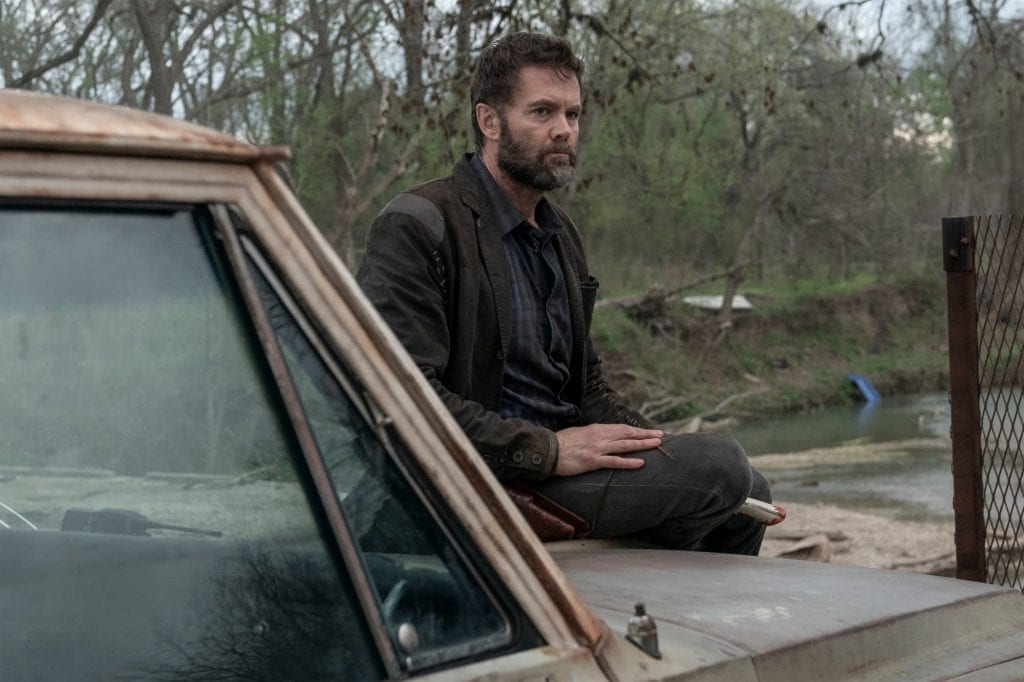 The pair went on to talk about Dorie, and his mental state at the beginning of the episode. They addressed how he was suicidal, claiming Dorie “has always been this incredible point of light, this optimistic, hopeful beacon in the apocalypse, and really, we looked at John Dorie and Morgan as the beginnings of this family. And we knew that there had to be a cost to the war with Virginia, and, to this family, who is on the precipice of coming back together, losing someone that’s so much the glue and the heart of this family, putting everyone else in a position where, how are they going to move forward now, without someone so critical to who they are. They’re still fighting Virginia, but now they’ve got this giant hole of missing John Dorie, and it’s going to have huge ripple effects on everyone going forward. So it’s a long way of saying we love him, and the characters love him, and people had to feel it.”

Fear The Walking Dead will see the confrontation between Morgan and Virginia begin next week. John Dorie’s wife, June, will be caught between the warring factions. Maybe she can find a way to help Morgan’s group gain the upper hand? We hope so. For now let’s try to recover over the fact that the showrunners wanted to break our hearts.