This is your warning that this article contains spoilers. The spoilers are for Fear The Walking Dead season 6 episode 10, “Handle With Care”. You might remember that back in season 5 Daniel Salazar (Rubén Blades) adopted a cat! We didn’t know what happened to Skidmark, and Skidmark’s been missing since season 5’s finale! See, Ginny (Colby Minifie) separated the two because she’s a freaking monster. That won’t be an issue anymore, since she had her brains blown out. It was actually implied not too long ago that Skidmark met an unfortunate demise. Things apparently “got ugly” because Daniel was insistent on “getting that darn cat of his.”. Here’s what happened to Skidmark! 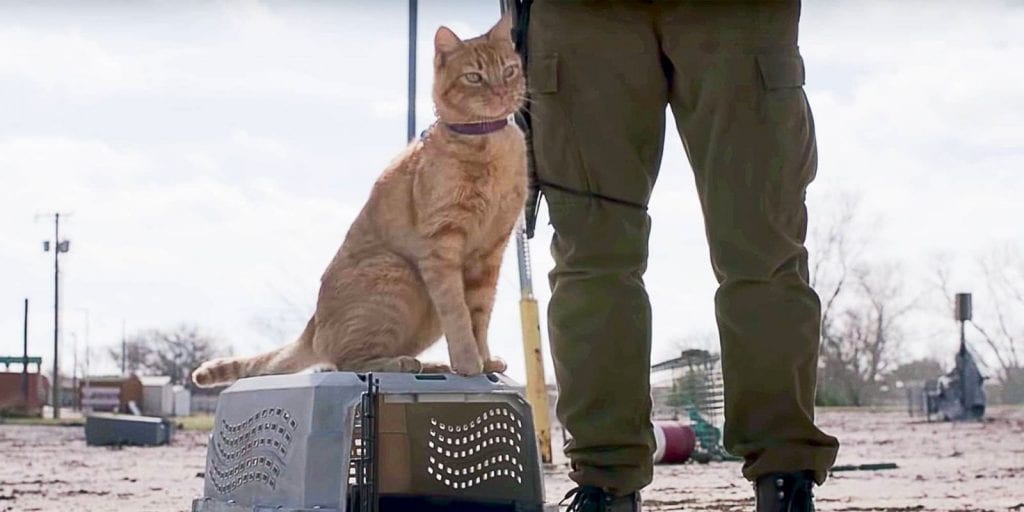 “Handle With Care” chooses to finally answer what happened to the adorable lil cat. Strand and Samuels deliver a cat carrier to the community that Morgan is building. Strand then tells us exactly where the little orange boy was the entire time. Virginia actually put the cat to work, which makes sense considering how she is. Skidmark was sent to the Super Lanes Bowling Alley to take care of rats! The bowling alley is infested with them and Skidmark is specially equipped to kill them! Except… he didn’t Skidmark is such a lazy bastard he spent the entire time “licking his own ass.”. Interesting.

Skidmark’s return was teased a while ago by the showrunners. In addition to that the orange cat, played by Raja Afghani, might get his own episode! Not of Fear The Walking Dead, that would be ridiculous! Instead, he might get his own episode in the anthology series Tales Of The Walking Dead. That same spin-off has been hinted to show a friendship between Michael Cudlitz‘s Abraham and Daniel Salazar!

This is serious guys. There have been “serious talks” about elaborating on Skidmark. A cat.

You can catch Fear The Walking Dead every Sunday on AMC!

Home » News » Fear The Walking Dead: Here’s What Happened To Skidmark The Cat!