Giancarlo Esposito is a fantastic actor who has won new followers for his frightening villainous roles on the small screen. MCU fans are hoping he may channel his cold and calculating acting skills to Marvel’s largest film series ever.

A Reddit user started the debate when they posted, “I thought he could play one of three distinct roles in the Marvel universe: Professor X, Doctor Doom, or Magneto.” The responses to the initial post were varied, but the consensus was that Esposito wouldn’t be a good fit for any of the above jobs. Instead, many fans believed he would nail the villainous Mister Sinister.

Nathaniel Essex, also known as Sinister, is a brilliant scientist and prefers to achieve his objectives via coercion and telekinetic mind control. The part does sound like something that Esposito would excel at, given his history of playing incredibly clever and manipulative people. Galactus, a character who is known for consuming entire planets in the comics, has been a popular choice. Others predict that the actor will shine as one of Galactus’ numerous god-like beings.

Another user suggested Silvermane, the Maggia crime boss who comes from Sicily in Italy owing to his Italian heritage. 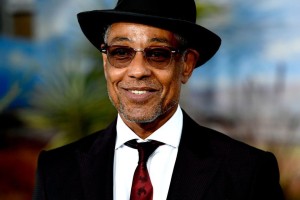 All of this is simply fans tossing Their dreams into the air right now, but with his chilling and renowned performances as Gus Fring in Breaking Bad and Stan Edgar in The Boys, Esposito understands how to portray the enigmatic adversary effectively.

Home » Movies » Fans of the MCU Are Voting On Who They’d Want To See Giancarlo Esposito Portray, and It’s Not Professor X