At the start of the year, few people would have predicted that Top Gun: Maverick would become one of the highest-grossing films in history and a legitimate contender for a Best Picture nomination at the Academy Awards next year.

Joseph Kosinski’s enormous spectacle, as a blockbuster Tom Cruise sequel that combined the old with the new, was always going to be a success, but no one could have predicted it would wind up with $1.3 billion in the bank by the end of its theatrical run, not to mention an well-deserved reputation as one of the most acclaimed big budget studio epics of the last decade.

When a trend is popular, however, Hollywood typically jumps on board; as a result, there’s a very good chance that more 1980s and 1990s favorites will be resurrected and given the legacy sequel treatment, even if they don’t deserve it. Some of them might genuinely succeed.

The Running Man is one of the first titles to spring to mind, but Edgar Wright is developing a reboot, so we can toss it off the legacy sequel list. Supporters of the mythical King Conan hope that action icon Arnold Schwarzenegger will be able to dust off his broadsword once more in continuation of his Arnold Schwarzenegger vein. 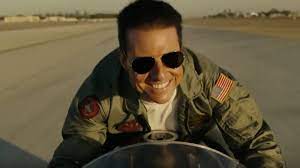 While it’s still in the works, Netflix is developing a fourth installment of “Beverly Hills Cop,” which we can give a hearty thumbs up for. Howard the Duck’s proposal of a canonical sequel that is an official component of the Marvel Cinematic Universe has understandably raised more than a few eyebrows.

Home » Movies » Fans Of the 80s and 90s Favorites Name Them As ‘Top Gun: Maverick’ Treatment