The most contentious issue on the internet has resurfaced, as Star Wars fans debate a character who has received severe dislike since his or her debut in The Last Jedi.

An unjust scapegoat and a new wave of internet quackery emerged almost as soon as Star Wars: The Last Jedi debuted in theaters in the winter of 2017. Movies and blockbusters would come out, you’d enjoy or despise them, and then you’d forget all about it. 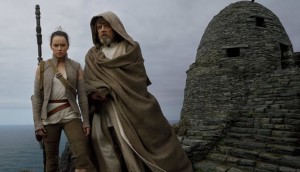 However, the animosity directed at Rian Johnson’s Star Wars movie was apparent throughout 2017 and 2018. Kelly Marie Tran, who portrayed Resistance mechanic Rose Tico, received a lot of hate. Fans are rallying around the character today on Reddit, mourning her lack of appearance in Rise of Skywalker.

It’s really controversial to post anything good about the Star Wars sequels on a Star Wars subreddit (no surprise). A lot of resentment still exists towards the actress and the character of Rose, but there is also some protection for fans of the character in the thread. It’s difficult to argue that Tran’s online abuse isn’t racist.

Others admired her character for what she stands for, and how she helps to contrast Finn, who continues to make hasty judgments because he escaped the First Order. This is an issue that has yet to be resolved. The idea of Finn trying to stop Palpatine from making a knee-jerk suicide run at the end (which would have failed anyhow, since Palpatine was still in command of a massive army of starships) remains a highly contentious topic.

There are still many people who enjoy and defend the sequel trilogy, just as there were before. Children growing up with the films will only increase their appeal. Don’t be shocked if we see a Rey Skywalker comeback with Finn at some point; there is demand for it.

Disney Plus offers the entire Star Wars narrative, which is accessible to watch.