On Thursday night, Britney Spears’ highly anticipated musical comeback leaked on social media. Some of her fans refuse to listen to the star’s duet with Sir Elton John because they want to show respect.

Britney Spears and Sir Elton John have a new song that is available online.

On Thursday night, a snippet of the pair’s duet, Hold Me Closer – a reworking of Sir Elton’s 1971 hit Tiny Dancer – was shared across social media. For the first time in six years, fresh Britney vocals could be heard.

Fans were divided on whether to listen to the unauthorized audio, after it was rumored that the mother of two’s big musical comeback was due to be officially released within a matter of hours.

“When Renaissance was leaking the Beyhive didn’t listen to it, they patiently waited out of respect for Beyoncé but a lot of Britney fans can’t even give Britney that respect for Hold Me Closer? Insane,” one fan angrily tweeted as the leak trended online.

Another agreed and refused to listen, writing: “Ruining the release of Britney’s first single as a free woman in 15 years is honestly disrespectful. I can’t believe even Britney’s fans are spreading leaks. It’s not like we have to wait whole other years for a new song. STOP SPREADING LEAKS OF HOLD ME CLOSER.”

Many Britney fan pages asked people to report any account that was sharing an unconfirmed snippet of Hold Me Closer. They said they would wait until the song was officially released with the singer’s consent.

However, many people could not resist getting an early listen in. One Britney fan tweeted: “Hold Me Closer it’s perfect, isn’t it?”

“Omg i just heard Hold Me Closer and It’s perfect @britneyspears ily,” another added, while a third wrote: “Hold Me Closer is beautiful. The perfect toe dip back into music for Brit.”

The mash-up between Britney and Sir Elton is not yet available, but there are rumours it will be released by the end of the month.

There is no official release date for Hold Me Closer yet “I know, it’s going to be iconic. I just heard it a couple days ago in Ibiza and it is… it’s insane,” Britney’s pal Paris Hilton said earlier this month, just days before the single was officially announced.

Britney Spears is back with a new album. But this time, she’s dealing with comments from her ex-husband about her relationship with her children.

Earlier this month, Kevin, 44, shared footage of ex-wife Britney, 40, arguing with their sons on Instagram. He said to her: “The lies have to stop.”

Footage filmed without Britney Spears’ consent and shared online recently shows her teenage sons Sean and Jayden being less than supportive. Britney claims they were hateful towards her when they visited. 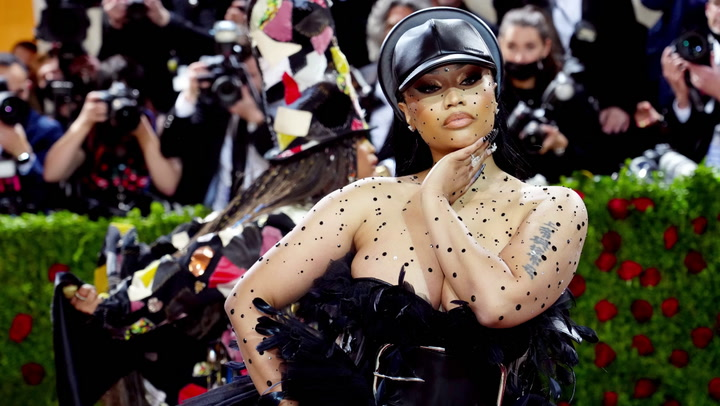 “Do you understand what kind of a clown you have to be to be a whole, grown f****** man, and as soon as you see somebody happy and getting married and moving on and being free and feeling good in their own skin, to do the very thing that you know is going to attempt to break them down?” Nicki said with her lengthy passionate speech earlier this week.