At the end of the day, the online community typically reduces the latest superhero film news to a Marvel vs. DC quarrel, but by announcing that Namor won’t be Atlantean King in Black Panther: Wakanda Forever, Kevin Feige’s company has stolen a march on anticipated debates.

Instead, the major adversary in Ryan Coogler’s eagerly-anticipated sequel will hail from the kingdom of Talocan, which suits in nicely with the aesthetics and cultural adjustments being made to Tenoch Huerta’s people as a whole. While Wakanda Forever’s overall design and casting process may have influenced it, fans think it was done to avoid a certain Jason Momoa-shaped elephant in the room. After all, only four months after Black Panther: Wakanda Forever, DC’s Aquaman and the Lost Kingdom will arrive in theaters. That’s a tight timetable to bombard casual audiences with two comic book characters who have superficially comparable beginnings, dwellings, and existences. MCU fans agree with the conclusion, but they’re still sad about it.

Since debuting during San Diego Comic-Con, the Wakanda Forever teaser has been a hit online, and while everyone knew Huerta would be bringing the Sub-Mariner to life for the first time, that doesn’t take away from how thrilling it is. 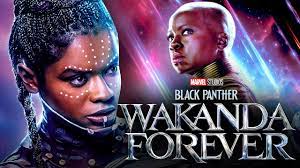 We have no idea what will happen in the second excursion to the made-up African nation, but we are anticipating it eagerly.