Imagine that you’re Sebastian Stan. I know, it sounds pretty awesome, right? I’m not done yet, so let’s tone it down champ. So you’re Sebastian Stan and you’re getting coffee somewhere and a Marvel fan walks up to you. At this point in your career, this isn’t unusual, I bet. Marvel fans love the Winter Soldier. You think they’re about to ask for your autograph or something and instead they catch you completely off guard. They say “Longing, rusted, furnace, daybreak, seventeen, benign, nine, homecoming, one, freight car”. Maybe they even say it in Russian like they’re supposed to. Then they look at you with so much happiness, like they think you’re going to Winter Soldier out and kill everyone within the vicinity. Well, stuff like that actually happens to Sebastian Stan, which I think is just hilarious. Fans keep trying to activate the Winter Soldier in real life! 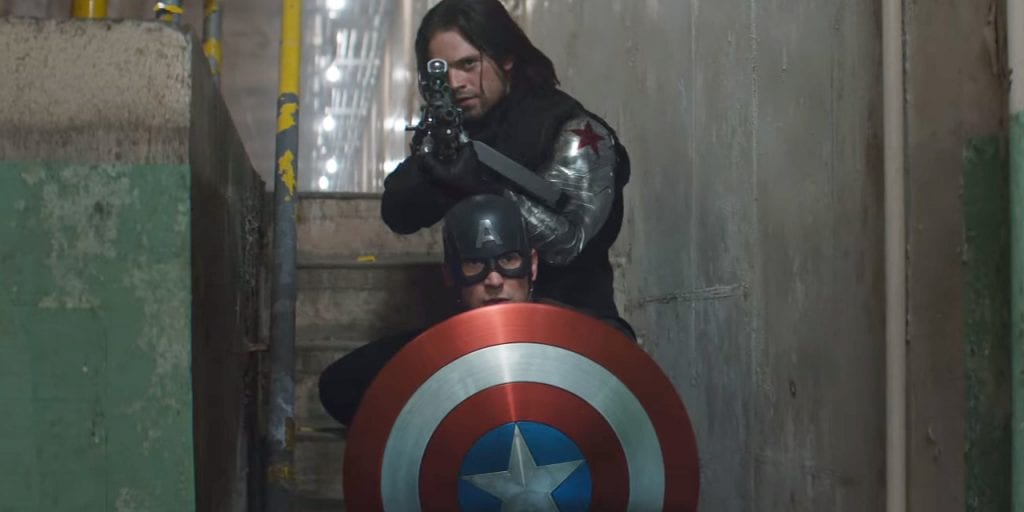 “It happens quite often. It happens at coffee shops. It happens a lot. And it’s always very funny. It’s an honorable thing I guess. You’re very taken with it all the time You do have to sometimes look at people in the face and say, ‘No, I will not become the Winter Soldier when you say that. You can keep saying it, and maybe you should say it, maybe that’s a moment we both need to have together, now, here. But nothing crazy will happen.'” Stan told BBC Radio 1.

I can just see it in my head and it’s seriously the funniest thing. I have to admit that if I ran into Sebastian Stan I might try to do it too. I’d hate myself if I didn’t at least try. Hopefully, it doesn’t make Sebastian Stan hate me once it’s over with because I’d still want an autograph. Would you be one of the fans trying to activate the Winter Soldier?

For now, you can see Bucky get activated every Friday on The Falcon And The Winter Soldier! The show still has three episodes left!