The former AEW Champion, “Hangman” Adam Page, was cut short in his challenge for the Jon Moxley’s title during a special “Title Tuesday” edition of AEW Dynamite when he took a hard lariat to the head and Neck. The referee immediately stopped the match in favor of current champ Moxley as medical teams were summoned.

When Page was taken out of the ring on a stretcher by medical staff, fans in the arena and online began to worry about his health. He was discharged from the hospital after being diagnosed with a concussion. In wrestling, it’s always possible that things like this are part of the show, but given the awkward landing and commentary team’s behavior for Hangman’s final minutes in Dynamite, many fans were concerned about his wellbeing.

Man, I feel awful that Hangman got hurt. I hope he’s doing better now. Tonight’s episode was fantastic though. 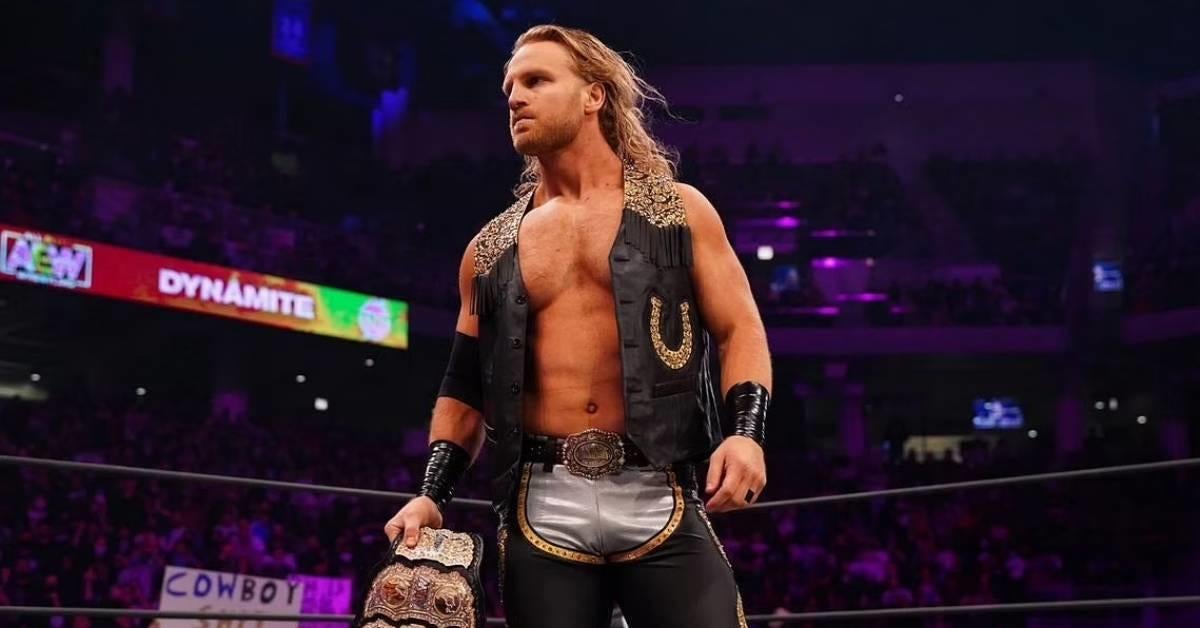 After Adam Page’s injury, fans took to Twitter to share their thoughts and prayers. Some noted that the injury was very scary to see and shared their hope for Hangman’s full recovery. Moxley also commented on his opponent’s injury, expressing his own hope for a quick and full recovery.

In the aftermath of Page’s injury, one fan wrote that they “really sincerely” hope he recovers quickly. Another added that their “heart hurts” after witnessing the event take place. It’s clear from the outpouring on Twitter how much fans love and adore Page.

Other well-known wrestlers from WWE showed their support for Hangman after his injury. Big E, who is currently unable to wrestler due to a neck injury, tweeted that he was praying for him. Mick Foley, a retired but honored wrestler and Hall of Famer, also took to Twitter to express his hope for Page’s recovery by writing “Prayers for Adam Page” followed by the emoji of two hands pressed together in prayer.

Prayers and warm words have come from wrestlers within Page’s own company. MJF, who approached the ring after the injury to challenge Jon Moxley, wrote “Prayers for Hangman” in a tweet after Dynamite had ended. John Silver, a member of the Dark Order and one of Page’s best friends, shared a photo of himself hugging Hangman in the ring, along with the message love you.”

As of now, AEW has not given any formal update about Page’s injury, but we will make sure to keep you in the loop as soon as more news is available.