In a deleted scene from “The Batman,” the Joker appears to be photorealistic — too realistic for some fans.

Vince_Tsung asked their fellow Redditors about the newest live-action rendition of the DC Comics supervillain, the Joker, asking if they thought the design might be too extreme for the general public. “This is my least favorite design,” says the top remark, credited to Randal_ram_92. UsidoreTheLightBlue responded that they thought Joker couldn’t possibly look worse than the DCEU’s version of Jared Leto, but this Joker, played by Barry Keoghan, bested it.

The main issue fans seem to have with Keoghan’s Joker is that he looks grotesque. “Goddamn try and make something that isn’t uncomfortable to look at,” wrote grassytree3264. “You don’t have to make the Joker look absolutely disgusting to be scary,” added BatmanNerd81. “The Joker doesn’t need to look this fucked up,” stated papagarry with authority.

Another criticism is that he appears “stupid.” 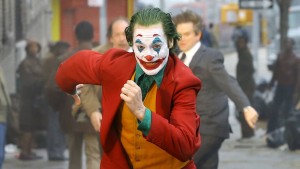 However, less imaginative users have noted that “this is what [the Joker] would realistically look like after an acid splash,” referring to one of his many origin tales. “I don’t care for his appearance, but it’s certainly the most realistic,” concurred My-Dude42069.

According to director Matt Reeves, the acid theory isn’t canon in The Batman universe: “It’s not canonical,” xenongamer4351 said.

While most people dislike the Joker’s graphic design, if enough individuals voice their distaste, Reeves may modify it. After all, the sequence was deleted to avoid having to marry the design, which is what WEEGEMAN claims.