Nick Thune is a comedian / actor, who hails from the Seattle, where he spent his early years growing up. Nick’s absurdist view and deadpan wit combined with the soothing lull of his guitar, have distinguished his unique style of comedy. Esquire raves “Nick Thune is the truth and people continue to bear witness. Also, he doesn’t have any diseases.”

His first hour stand-up special Nick Thune: Folk Hero premiered on Netflix in February 2014, with Salon.com naming it one of the best specials of the year and Paste Magazine praising “Folk Hero reveals Nick Thune as a strong, unique voice.” Nick spent every marketing dollar for the special on a single billboard off Highway 97 in southern Oregon. The special was released on vinyl on June 24th, 2014. Nick’s first stand-up album Thick Noon was released in 2010, which Amazon rated among the top 5 comedy albums of that year. He was the tallest out of all 5 comedians on the list. Thick Noon is available on iTunes. His half hour Comedy Central stand-up special premiered on the network in 2008.

Nick has appeared on The Tonight Show 10 times, Conan 2 times, and Late Night 1 time. He has also appeared in films such as Knocked Up and the movie Extract. He has also had roles in ABC shows Happy Endings and Don’t trust the B—- in Apartment 23. 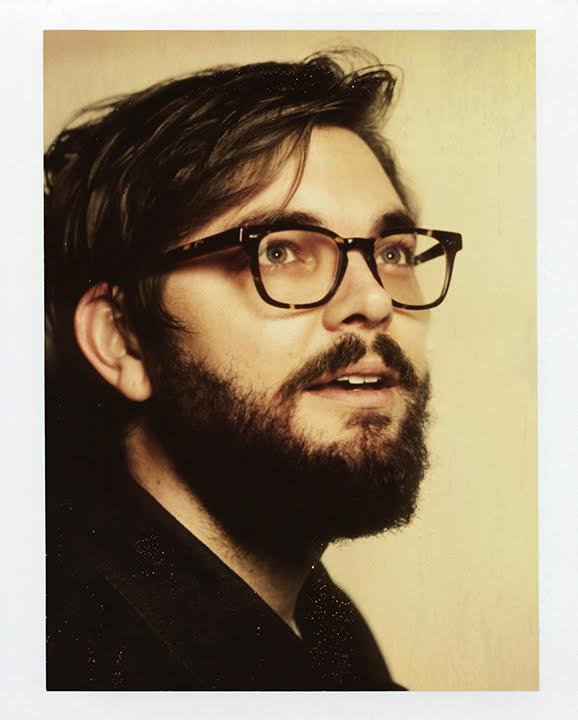 Jules: How did you first stumble upon the world of comedy?

Nick: You know, my dad, for sure. I think the first thing I saw at the age that I could understand things was The Great Outdoors with John Candy and Dan Aykroyd. I mean how can you not laugh at that bear scene? Either you get it or not.

Jules: So what was your first stand-up gig like?

Nick: You know I had a lucky first gig. I played in cover band up in Seattle called No Hablos. We would do Spanish kinda like Ricky Martin and Enrique Iglesias type of stuff. This one time I did stand-up for about a half hour in between our intermission, or tried to it was like comedy with a couple jokes that I thought were funny. It was around a bunch of people that were there to see our band play so it was kind of like an easy audience. Seemed like it went well and it seemed like something I really wanted to do. Then I went to an open mic on night that was around the corner from my apartment and I was walking by and I thought ‘Maybe I should go in there and act like I’m telling a poem, and see if I can get laughs.’

So I did that and it worked. So I kind of started it that way and when I moved to LA after doing that for a year (random stuff like that) I started getting into comedy clubs, you know? It took a lot, but I finally made it.

Jules: Some stand-up comedians I see use real life stories, some make it up as they go, some make fun of politics… where does the base of your material come for your show?

Nick: Well for this particular special coming up ‘Good Guy’ its from life to paper of my life. It’s just me talking about my experiences like coming to terms of who I am and being a father in my young thirties, you know? To be a Good Guy. My first two specials, which are called Nick Thune: Folk Hero and Thick Noon, were not about myself at all. Those were just jokes. I made up my life, I made up my character, I made up my guy… and I just kinda got sick of being that guy. I wanted to do something meaningful.

Jules: I actually watched your special on Netflix the other night and your comedy is absolutely amazing.

Nick: Thank you, I really appreciate that!

Jules: What would you say is the hardest part or most challenging part of being a stand-up comedian?

Nick: Well touring, you know especially once you have a family because I really don’t want to go anywhere. I love doing this and when I get there its nice and the lead-up can be tough sometimes. I would say the hardest thing is it becomes something you do and I’m not gonna like punch indicate when people find out that you’re a comedian the way that they act. It’s not an easy thing to tell people that you do because sometimes their reaction is like ‘okay I knew that’ and I had a neighbor move in and I brought him some brownies (regular brownies) and I said ‘Hey I’m your neighbor just wanted to come and say hi’. He said ‘what do you do Nick?’

Sometimes I’ll make up stuff for fun, but you can’t do that to your neighbor because he lives right next door and then you’re just living a lie! So I told him I so stand-up comedy and he was like ‘are you freaking kidding me? That is the hardest job!’ and in my mind I’m like ‘Nah it’s not’. So I asked him what he did and he said ‘oh I’m a brain surgeon’. Which I think is a pretty hard job! But I thought it was awesome that a guy who does stuff like that really had an appreciation for the stuff that I do.

Jules: It’s not an easy job! I really love how you use real life stories for your comedy especially your skits on The Tonight Show.

Jules: So you’ve really come a long way since your first stand-up Folk Hero first aired. Are you excited about this new stand-up? What can we expect?

Nick: I don’t think its worth watching. (laughs) Nah, I’m really proud of it. When I made Folk Hero I was very nervous beforehand even with the guitar combined with inconsistent responses from the audience about what I was doing and this special I have never been more confident stepping into a taping before; because I had just done the hard work and done it over and over and it was to a place where you taped two shows and the editor was like ‘you know whats fascinating? If you put the two shows side by side you’re making the exact same movements at the exact same time and you’re standing in the exact same parts of the stage for most of the special’. To an editor its an easy thing to edit but to me it just made me have a little thing of pride because that’s how hard I worked on it that it got there, and the older I get it’s hard to work hard. I just did a thing where I’m writing a TV show that I came up with and a lot of people said no. 50 people said no and then one person said ‘yes’… and that is what you wait for. My friend Daniel Pasternick, that’s one of the first things he told me… there is a lot of no’s. If you get turned off by a no, that should make you want to know why they said no, how do I either adapt to that or what I did to make them say no.

Jules: I actually just saw a press release that said you’re going to be working side by side with Mila Kunis for an NBC Special?

Nick: Yep, side by side! We are going to be wearing one of those tshirts that fits two people in it…. you know one of those things where we each have an arm hole.

Nick: Yeah she’s producing it. Right there, she was one of the first people that said ‘yes’.

Jules: Are you interested in pursuing more comedy film roles in movies or are you more comfortable in the stand-up scene?

Nick: I’m actually in a movie that’s going to be at SlamDance Festival. Movie called ‘Dazed and Amazed’ which is going to be at SlamDance 2017 which I’m really excited because it is the first time I’m going to be going to a festival as an actor with a significant role in a movie. But I also just shot a horror movie too. It’s actually a dark movie like… you know those movies that make you want to hide in a room with everyone you know. It’s called Cadaver. It was really fun to do a different kind of genre.

Jules: Do you have any advice for those aspiring to be a stand-up comedian?

Nick: I don’t even know what I would say because I think it’s such a different world from when I started. Which I’m not trying to implement that I’ve been doing this for a long time, it’s just radically changed in the last few years as far as for us comedians. What their responsibilities are as far as social media you know all these things. When I started it was like ‘Oh, you have social media? Oh that’s cool you know I don’t do that but that’s how you do it,’ but nowadays you have to do it. That right there shows the difference in the generations.

But my advice would be what I said before. A lot of people are gonna say no, a lot of audiences aren’t gonna laugh…. when you are starting out you are trying to do something real. You know?

Jules: So I have to ask you… because at Fan Fest we are a bunch of nerds. Team Iron Man or Team Captain America?

Nick: Team Iron Man. And that is because the other day I send my friend a YouTube link and below that it says ‘do not click unless you are wearing noise cancelling headphones and you have a glass of red wine’. And when he clicked on the link it was Robert Downey Jr. singing ‘Every Breath You Take’ in an old show. It’s just something different. (laughs). Team Iron Man!!

I actually have a song called ‘Iron Man’ on my first album Thick Noon. That’s actually from the perspective of someone who does Iron Man competitions!