Having every episode of a show available to stream and the ability to watch them whenever you want is pure television happiness. However, if you’re like me you often fall victim to the binge and before you know it you’ve spent all day on the couch. Now don’t get me wrong – that is basically my perfect day, but sometimes the guilt sets in that I didn’t do anything active while watching those 10 episodes of hour long television.

Well, I am starting a new series that will give you the ability to watch all of your favorite shows and get some exercise in at the same time….all at home!  All you have to do is follow the guide and before you know you’ve squeezed in your workout for the day. It may seem a little daunting at first glance, but remember, you probably won’t be doing every move throughout an episode! 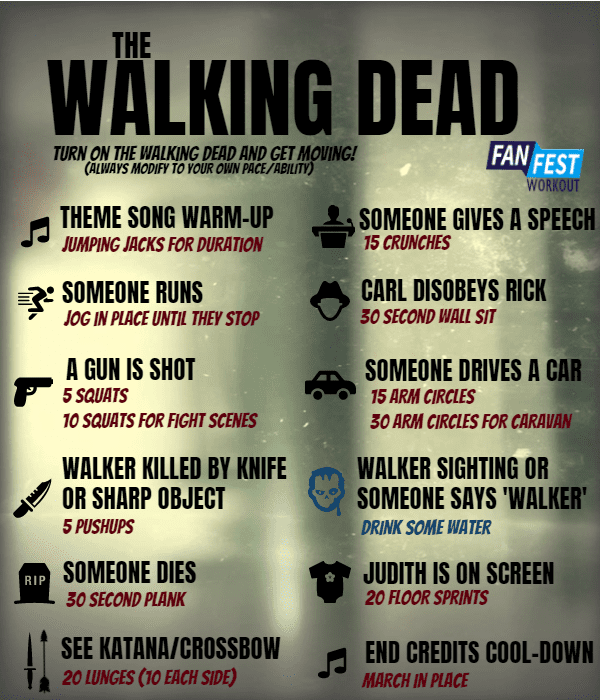