The third season of SyFy’s Z Nation may have already come to a close, but one vision that’s sure to stick with viewers for months to come is that of newcomer Sydney Viengluang. As Dr. Sun Mei, Viengluang set the show ablaze with the power of her on screen presence.

Episode after episode, Viengluang colored Sun Mei with strengths and vulnerabilities that made her character’s arc and humanity-saving mission all the more believable. And it’s this unique ability to infuse a character with a sense of complexity and realism that make Viengluang one to keep your eye on.

I recently had the chance to speak with Viengluang about stepping into the role of Sun Mei and what she enjoys most about acting:

TARA MARTINEZ: How would you describe your character’s journey so far?

SYDNEY VIENGLUANG: I would say, when my character Dr. Sun Mei, gets introduced, I’m definitely coming in as the antagonist and my mission is just bringing Murphy’s blood back to my people which is the Asian—Pan-Asian survivors. So, I think my journey from my first episode to the last is—my mission has expanded to not just saving the Pan-Asian survivors, but it’s become a bigger mission to help Operation Bitemark stop Murphy with the Blend army that he’s building, and to not just save the Pan-Asian population, but to save humankind, humanity, the rest of the world. Not just for Asia.

SV: I think Sun Mei’s motivation has always been to make her family proud and not—my backstory that I created was that my entire family suffered and died from the zombie virus, so I think what drives Sun Mei and my character the most is making sure that my family’s death wasn’t in vain, and to make my family and my ancestors proud so that we can move forward as a human race.

TM: Initially, Sun Mei’s crew is equipped with some pretty high-tech weaponry. Are those things that you get to learn about? What’s it like to handle those kinds of things on set?

SV: [laughs] It’s all special effects! Like the zombie grenade where all the lasers come out, basically that was, you know, the prop department designing the plastic balls and then the green lasers and everything coming out was done in post. So, I myself, didn’t have to handle that quote-unquote zombie grenade, but Lieutenant Mong who was my right hand man in the Pan-Asian forces. But, I mean, just like with any character homework you have to do, if you see something, a weapon or any type of medical terminology, you’re going to automatically research it. And luckily we have like Wikipedia or Google now where you can just automatically, you know, find any information you want on the Internet. So, anything that I could find about grenades or anything that I could find if I’m using medical terminology as a doctor, of course I’m going to look it up, YouTube it in order to do my work.

TM: In doing that kind of research, what was the most interesting thing you learned?

SV: Playing a doctor is really hard [laughs] because to play any type of expert or even, like you would say the weaponry—the military weaponry—just going out and training with rifles or pistols, it’s just really hard to really get it in your body so that you look natural when you’re shooting these guns, or you look natural when you’re saying this medical terminology. So, I think research is definitely crucial in making your character believable.

TM: How did you initially get involved with the show? What was your audition process like?

SV:  I booked a feature film called Isle of the Dead with Joey Lawrence and that’s another zombie—it’s not a zombie TV show, but it’s a zombie feature film, like an action zombie movie. And the casting director Scotty Mullen, he also casts for Z Nation in Los Angeles. So, when he read the part of Sun Mei, he emailed me and my manager and said, ‘Hey. Sydney would be perfect for this part. Can you please put yourself on tape for these two scenes?’ So, I put myself on tape for two scenes and he sent those to the producers. I got a call back for a producers’ session which is basically me reading for the executive producers—Karl [Schaefer], Steve [Graham] and, Jodi [Binstock]. And I read for them and a few weeks later, I got a call from my management saying, ‘Hey, they want to offer Sun Mei, the part.’ Of course, I was ecstatic and super excited because she’s such a strong, multifaceted, multi-layered character and Z Nation being a fan favorite, I mean, how could I not? I was like, ‘Where do I sign?’ You know? So, it was definitely an exciting audition process. 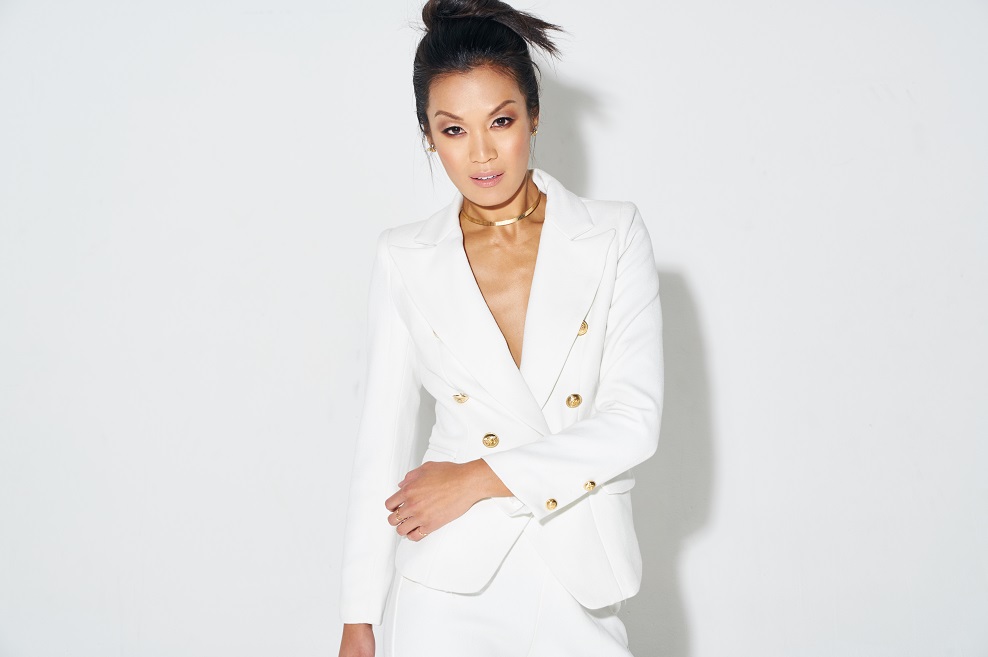 TM: What’s it been like for you seeing the fan reaction and getting feedback from everybody who’s watching the show?

SV: It’s been amazing. Zombie and sci-fi fans are hardcore. Just within the past few months of Z Nation season three airing, you know, I’ve already had like a small group of followers on Instagram or Facebook or Twitter. They’re just so excited and luckily I’ve had, for the most part, really positive feedback and experiences about Sun Mei becoming a part of Operation Bitemark and it’s still surreal, but I just feel grateful and honored that I can play a crucial role in a hit TV show.

TM: Now that you’ve become part of the Z Nation family, what do you think it is about this show that speaks to so many people?

SV: First and foremost, it’s one of the most diverse shows out there. We have an African-American leading woman; we have myself, Asian-American; we have Emilio Rivera who is Hispanic. We’re so diverse ethnically and we’re so diverse gender-wise because we have strong female characters, and I don’t think we see a lot of that in TV at all, even in movies. So, I think it appeals to different races, both men and women, and we kind of have everything. We’re not just science fiction. We have horror; we have action; we have drama; we have comedy. So, it kind of just appeals to everyone and anyone who likes all types of genres and diverse storytelling and characters.

TM: Let’s talk a little bit about acting. What do you love most about this particular craft?

SV: I think I like just bringing a character to life by using my own experiences, and when I can’t draw on my own personal experiences, being able to combine life experiences and my own imagination to create a multi-layered character in order to tell a story. And not just any story, but a story that is from the female Asian-American point of view because I feel like we don’t have a lot of stories from from an Asian-American woman point of view, so I love that aspect of being an actor and an artist.

SV: Yeah, I mean, I think just within the past year I’m getting more auditions with Asian-American characters or maybe color blind casting, so it’s definitely rewarding to see that more people are more open to hearing minority voices.

TM: What do you think your biggest challenge has been so far as an actor?

SV: I think just going back to being Asian-American and just breaking those stereotypes of, ‘Oh, you know, you’re Asian, so you must be either the stereotypical meek, nerdy, studious type who’s not outspoken or you’re the over-sexualized femme fatale.’ There’s only like two categories where Asian-Americans are looked at and I pride myself in trying to be a voice for Asian-Americans in TV and film and be like, ‘Hey, we’re not just this or that. We’re very diverse within the Asian community and we have a lot more to offer than those two stereotypical roles.’

TM: Do you have any upcoming projects that you can tell us about?

SV: I’m currently just getting my short film The Letter out in the short film festivals, so people can look out for that. And then, I’m honestly just trying to relax during the holidays before pilot season starts and hopefully I can book another TV show or feature film before we start shooting season four.

Be sure to check out Sydney Viengluang in Z Nation and follow her on Twitter at @syndeyvieng.