Not only did Fall Out Boy drop a new single, they announced their seventh album. The follow-up to ‘American Beauty/American Psycho’ is titled ‘M A  N   I    A’ and is set for release on September 15.

The single is titled ‘Young and Menace’ and it is powerful!

Pete Wentz wrote this beautiful description for the video. “The gentle pull of a tide that rolls over and over again and by the sheer nature of its essence it becomes an indestructible will- ripping out sand- eroding what was before it- without a care… a transformational monster-becoming the madness and frenzy of a truly bulletproof wave. I’m not just here for your love, I’m here for all of the love. An overdose of dopamine- we are living inside of MANIA right now. the never sleeping, never blinking- caught forever in the sunshine riptide… PW”

Welcome to M A N I A – a Fall Out Boy LP pic.twitter.com/IGrNESldQv

“The concept [for the video] is the idea of a movie like Elf, where he realizes maybe he isn’t an elf after all, but ours has less comedic elements and more real world implication. She realizes that maybe she is human after all – but maybe the line between us and monsters is blurrier than we think,”  said Pete Wentz. “It’s hard to rationalize rage – it’s hard to quantify anxiety… this song does neither. It embraces the wave of those emotions.”

And there was purple everywhere!

But that’s not all, the band has also announced a US tour for October and the Fall Out Boy Fund, which will donate $1 from each ticket sale to charities in Chicago. 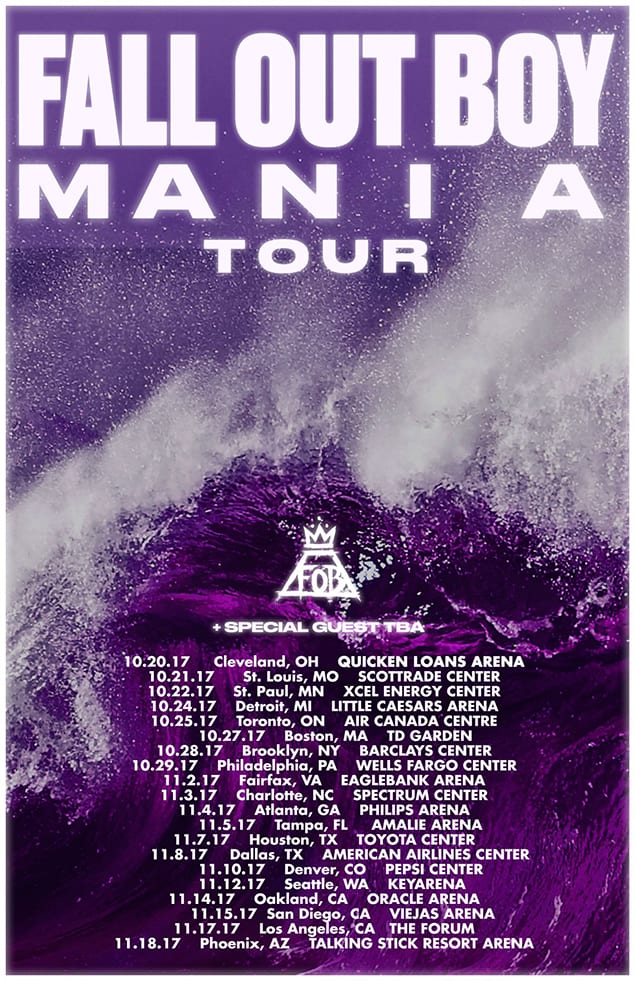 Man these guys don’t mess around!