Falcon And Winter Soldier has already been impressing everyone and we’re only three episodes in. Even crazier is the fact that this is actually the halfway point of the entire series. We only have three episodes left but unlike WandaVision this show ain’t messing around. We’ve already had so much happen and this episode was the most eventful yet! We got to see the return of a film villain, an old friend and we know Walker is a piece of crap. All of this while also getting some more hilarious moments with Bucky and Sam and while advancing the plot. Here’s our “Power Broker” review

If there’s one thing this episode really nailed home it was how much Walker was unlike Rogers. By the time the credits rolled on this one, I hated the new Cap more than ever. I have a suspicion that he’s going to go more and more off the deep end. Blurring the lines can quickly become crossing them completely, and I think he’s willing to do whatever it takes to get Zemo back. 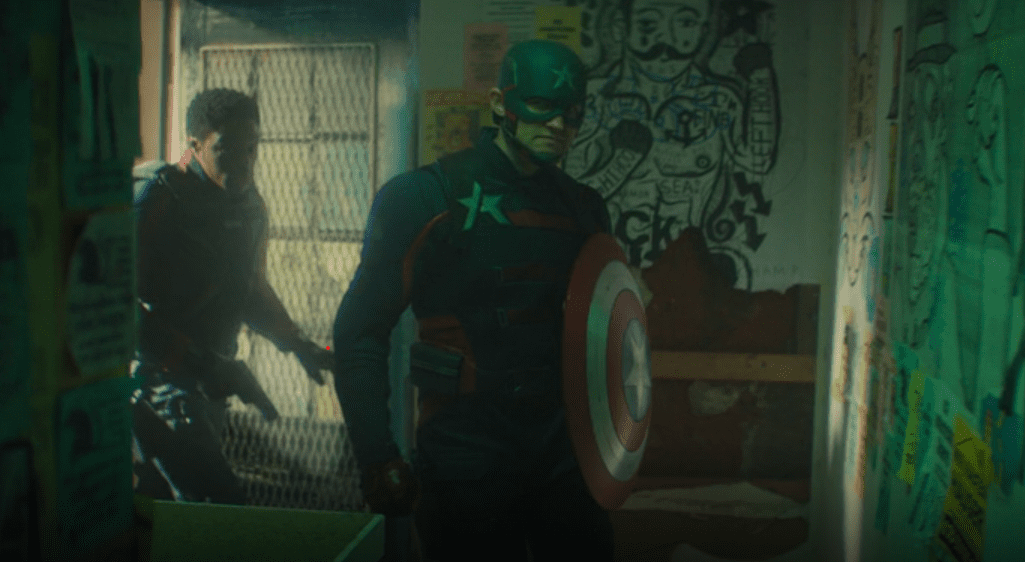 Let’s talk about Zemo too. Not only is he one of the more interesting villains of the MCU, but he was phenomenal in this episode. You know you can’t trust him but man is it fun to watch. His betrayal isn’t going to be a shock so I hope it’s done in spectacular fashion. Or maybe they’ll surprise us and have him not do that. What do I know? Zemo wasn’t the only returning character though, was he? No, this episode also brought back Sharon Carter.

That one was unexpected but it definitely made sense. It’s nice to know what she’s been up to since we saw her last and it’s kind of strange no one ever bothered to help her. I hope that Sam gets her pardoned because that could lead to her return to the MCU proper. She might even have some kind of role in the next three episodes.

The relationship between Sam and Bucky is certainly the highlight here. The way they’re so at odds with each other makes the whole thing that much better. Their relationship is hanging on by a thread and could split at any second. I’d be surprised if they didn’t clash by the end of the season, and kind of disappointed too. We all know Sam’s gonna pick that shield up and become Captain America before this is all said and done.

Power Broker also helped us see more in terms of the Flag smashers. They’re incredibly dangerous since they have so much serum, still. I have no idea what’s going to happen with them by the end of this show, but I’m worried they might all have to die. If not, they’re going to need one hell of an explanation for why a bunch of Super Soldiers is running around.

All-In-All Falcon And Winter Soldier continue to impress. I can only hope the last three episodes are just as good.

What did you think of this episode of Falcon and Winter Soldier? Let us know what you thought in the comments below and thanks for checking out our “Power Broker” review!