Ezra Miller is seeking treatment for “complex health issues,” they announced late Tuesday. After a number of assault and abuse allegations as well as legal problems, the company has released a statement. Miller, 29, apologized for his actions over the past three years.

“Having recently gone through a time of intense crisis, I now understand that I am suffering complex mental health issues and have begun ongoing treatment,” Miller said in a statement released through a representative to Variety. “I want to apologize to everyone that I have alarmed and upset with my past behavior. I am committed to doing the necessary work to get back to a healthy, safe, and productive stage in my life.” 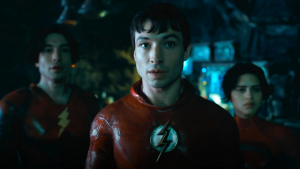 Miller was introduced as the DC Comics character Barry Allen in Batman v Superman: Dawn of Justice (2016) and played a major role in Justice League (2017). The Flash’s long-awaited solo movie is almost finished and is scheduled to be released in theaters on June 23, 2023. Miller’s string of scandals led some Warner Bros. Discovery executives to question the movie’s future.

Warner Bros. is reportedly considering three options for The Flash, sources told The Hollywood Reporter last week. The studio already knows that Miller plans on getting professional help, so the first option would be for Miller to give an interview and explain their erratic behavior. They would also do limited press interviews for The Flash.

If Miller did not want help from Warner Bros., the second option would be for Warner Bros. to release the movie, but without publicity from Miller. Millers character, The Flash, would also be re-cast for future movies. If Miller’s situation worsens, Warner Bros. might have to kill off  The Flash. It would be very difficult to recast Miller for the $200 million film. 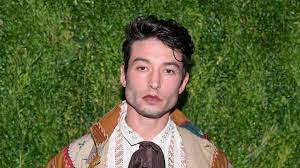 Miller has been in the news a lot lately because of a video that surfaced of them allegedly choking a fan outside a bar in Iceland. Miller was arrested twice in Hawaii in March and April and he was charged with harassment. One of the Hawaii cases resulted in a plea of no contest to a misdemeanor disorderly conduct count. He paid a $530 fine in total and the harassment charge was dismissed.

In June, the parents of 18-year-old activist Tokata Iron Eyes filed for a temporary order of protection against Miller. They accuse him of grooming and assaulting their daughter. In the same month, a mother and her child from Massachusetts were granted a temporary order to stop Miller from harassing them.

Rolling Stone published a report on Miller’s activities in Vermont. In this report, they say that Miller is housing a 25-year-old mother and her three young children at their ranch. Miller was charged with burglary on Aug. 7 in Stamford, Vermont. Arraignment will happen on September 26th. However, Vermont authorities have had difficulty finding the mother and children who live on Miller’s farm to serve an emergency care order, as stated in documents obtained by Rolling Stone.