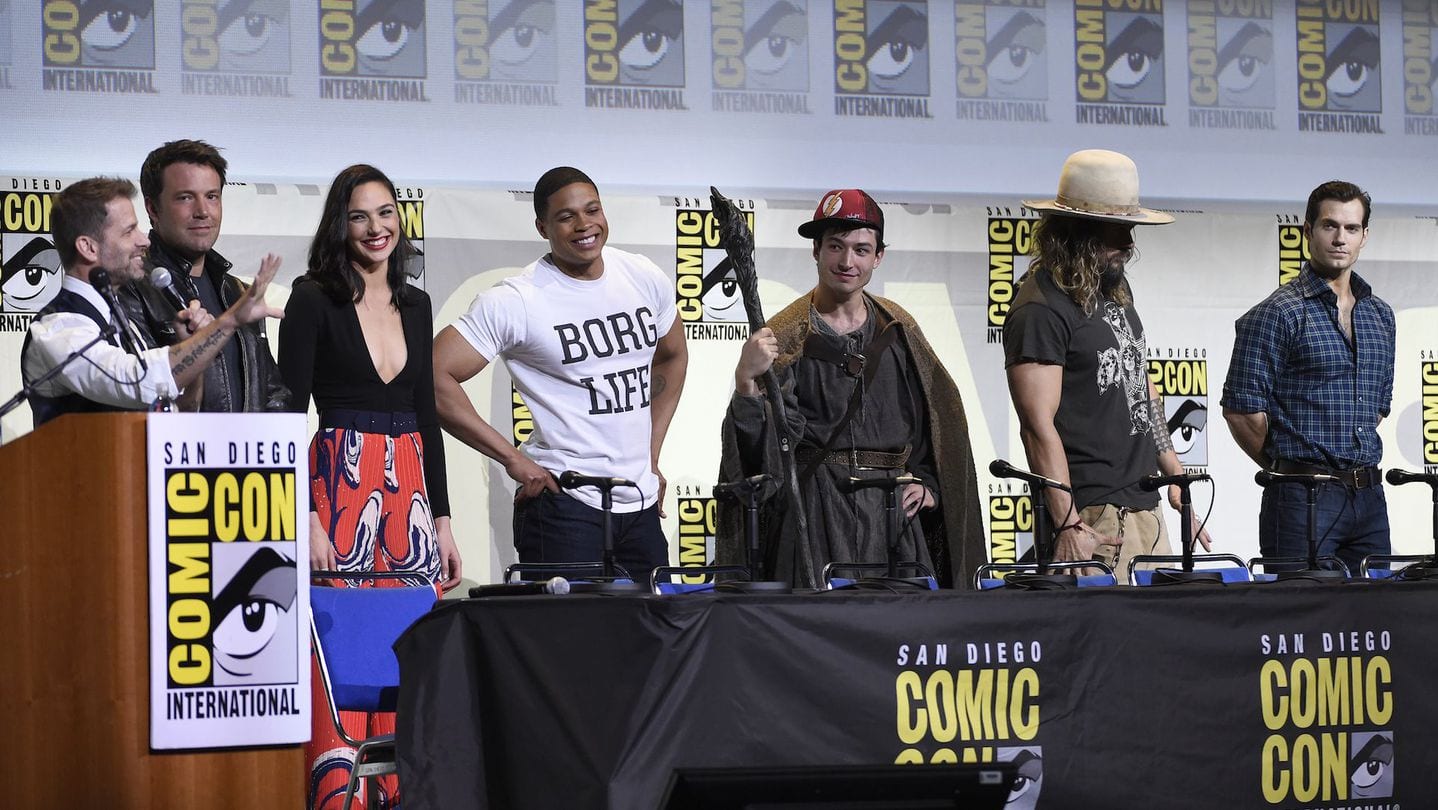 During the press tour for Keeping Up With the Joneses, actress Gal Gadot had nothing but great things to say about her Justice League co-stars and now Ezra Miller is doing the same.

While promoting his latest film Fantastic Beasts and Where to Find Them, Miller told a reporter who asked what his experience working with Gadot was like, “It was such a pleasure.”

“What a force of nature. She’s such a mother,” he added. While he could’ve meant that Gal was the Mama Bear of the group, in real life, she and her husband are already parents to one child with another on the way, something Ezra said he picked up on while they were filming Justice League.

“I had an inkling that was happening towards the end of the film. If it’s possible, she was glowing even more than usual. Yeah I’m so happy for her.”

He then concluded by saying, “Don’t give me a hard time for being in love with Gal Gadot.”