HBO is killing it this year with amazing TV shows, one drool worthy show just follows another.

This October HBO is releasing a 10 episode season called Westworld.  The show is a remake of a 1973 movie by the same title. Executive producers are Jonathan Nolan, Lisa Joy, J.J. Abrams, Jerry Weintraub and Bryan Burk.  As with many HBO shows Westworld features sex, violence and drama but this show has recently come under some criticism over the sexual violence against women.

Westworld is about exploring virtual reality and it’s reaching possibilities.  The guests of Westworld are uploaded into a virtual western town with as they say, “no orientation, no guide book” and are set free to be whoever they wish. Some of these guests find that their true desires are more sinister than they knew.

The scene that has many up in arms about portraying sexual violence against women is glimpsed in the newly release trailer.  Dolores, a host or virtual robot, is dragged away and raped off  camera.  At the Television Critics Association the HBO panel was hit hard with questions about this scene and they had strong answers.  Lisa Joy responded with the assurance that the scene wasn’t taken lightly, “we really endeavored to not have it be about the fetishization of those acts, it’s about exploring and establishing the crime, and the torment of the characters”; it’s clear HBO intends to take the issue of sexual violence beyond the act itself. 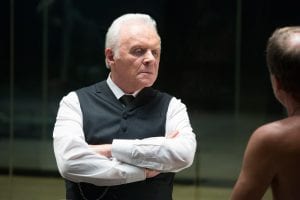 Casey Bloys, Programming Chief at HBO, was asked at the same panel if similar violence would be inflicted on the men in the series.  His response was very George R.R. Martin-ish, “we’re going to kill everybody”, effectively ending a very loaded question.

The question is as unfair as the world is because this kind of violence isn’t about evening the score board between men and women.  The crime is abhorrent regardless of the victims sex, one out of every ten rape victims is male which implies that the burden of sexual violence is carried mainly by women.  A more useful question for HBO could have been: does HBO want a role in the fight against sexual violence?  Or, is HBO show casing this crime for entertainment value or are they trying to convey a message? Books like Fifty Shades of Grey and journalism errors such as A Rape on Campus have been setbacks by romanticizing or diminishing the legitimacy of sexual violence.  High profile shows such as Westworld could recover lost ground by illustrating the true nature of the crime.

Check out the teaser here and be sure to explore Westworld on October 2, 2016.