Although Obi-Wan Kenobi was not the home run fans were hoping for, we believe it was a fun but flawed adventure that didn’t break away from A New Hope’s narrative. We got to learn more about what the main character was doing on Tatooine in his downtime, see Leia’s childhood, and witness the much-anticipated fights with Hayden Christensen’s Darth Vader, so it was well worth the wait. 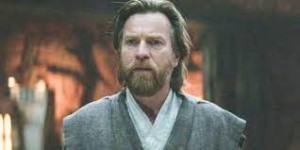 So, will there be another season? We’ve had no word from Disney or Lucasfilm yet, but it appears Ewan McGregor isn’t ruling anything out. During an appearance at Celebrity Fan Fest, the actor was asked whether he’d be willing to don a lightsaber again.

“I’m totally up for it guys, I want to do it. I’m absolutely honest, there’s no plan to make one yet. But I think – I’m pretty sure they’re just biding their time. I think, but nobody’s approached me as of yet.”

If we had more Obi-Wan Kenobi, what would it look like? Vader was being given a talking to by the Emperor at the end of season one, who advised him to put his focus on ruling the galaxy rather than rekindling his old Master’s rivalry. This may rule out further animosity between Obi-Wan and Vader, but there’s still plenty of storytelling room before A New Hope in nine years.

Perhaps we may see Obi-Wan covertly working for the Rebel Alliance in the first season, as it highlighted that he is still a highly regarded military commander throughout the galaxy. Alternatively, if they wished to keep things a little more low-key, showing him doing good on Tatooine and developing his relationship with young Luke Skywalker might make for an amusing season arc. There’s also the issue that Obi-Wan is supposed to be hiding. With his travels across the galaxy in the previous six episodes, fitting in another secret blockbuster adventure may cause suspension of disbelief.

Whatever the case may be, we expect to wait a while before learning more about Obi-Wan Kenobi’s prospective comeback.