In preparation for the upcoming, “Curse of Osiris” DLC, Bungie planned three Live Streams in order to delve into the new stories, activities and gear this expansion will introduce. Though despite a super fun first stream – which we recapped here -, things got a little hectic recently for Bungie when fans discovered an EXP glitch that came with an even worse patch. In response to these concerns, Bungie ended up canceling the 3rd stream in favor of taking time to address the communities concerns in a massive blog post, which I’ll be recapping as well shortly.

But for now, let’s take a look at second stream, titled “New Ways To Play”, before Curse of Osiris hits next week!

Imagine a patrol space that was designed around a massive public event. Well, that’s exactly how Mercury’s main space was designed as complete strangers will have to work together and split up their resources as they take on a massive Public Event known as “Vex Crossroads”. Bungie is calling this not only the largest but also most rewarding Public Event yet – complete with Heroic capabilities and in world changes to denote how the event is progressing.

When the event starts, there will be two areas in effect. In each, you’ll have to destroy Gate Keepers (Hydra class) Vex in order to progress to a unique Spire and destroy more Gate Keepers. Either two teams can do this simultaneously or a single team will complete one side fully and then the other side. As you complete these challenges a massive energy rift will be forming in the middle. Once both routes and spires and completed, you’ll return to the middle to face the massive Gate Lord (Minotaur Class). Occasionally, the Gate Lord will become shielded which will force you to take down a few more Gate Keepers to make it vulnerable again. This event combines the coordination of the Fallen Weapons Public Events and the size of the Glimmer Extraction Public Events – but this time with warp cannons to speed things up for you. 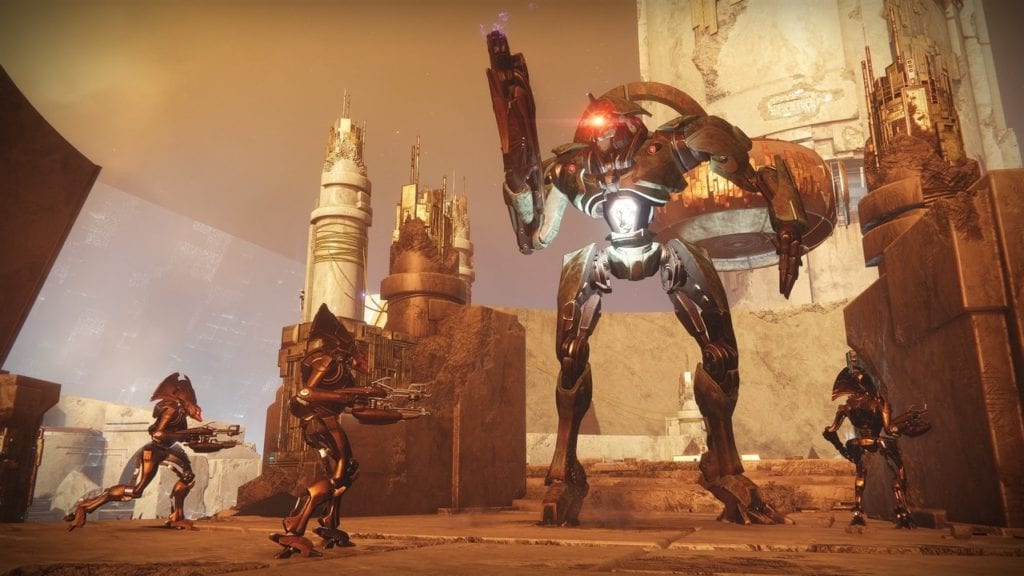 As for new endgame material, you can head to Brother Vance and complete ‘Prophecies’. There are 11 Verses to collect in total and each requires you to earn different materials from Strikes, Crucibles, Adventures, etc. Once these are all turned in, you’ll receive a ‘Transmuted Tablet’ which you can take to the Forge and turn into a new Vex-ified weapon. The cool things about these weapons is that from a lore perspective, they are the weapons Osiris left the Vanguard with ages ago, but he’s since modified them himself with Vex tech. From a gameplay perspective, these weapons were created by the Sandbox team so each should have some unique and exciting perks to add to the multiplayer. Beyond all this, the developers also hinted at the Lighthouse holding another secret for us to slowly piece together.

One of the lesser used aspects of Destiny 2 is ‘Adventures’. Besides being huge story-like missions, there’s not much reason for playing them outside of the occasional lore findings. Well this time around Bungie is making them more rewarding as well as more difficult. Brother Vance will give you Adventures which will lead you through the ever changing Infinite Forest. Each Adventure will also have some Heroic modifiers, but don’t get too cocky as these will indeed be difficult enough to require a fireteam.

The other big change is how two of the story missions will actually be solo Strikes (or seemingly strikes you will complete alongside Osiris). Unlike other Strikes, these will have an actual story/ timeline element to them and once you’ve completed them in the solo mode, you’ll still find them in the Strike list but with a slightly altered purpose to reflect how times have changed since your first run through. 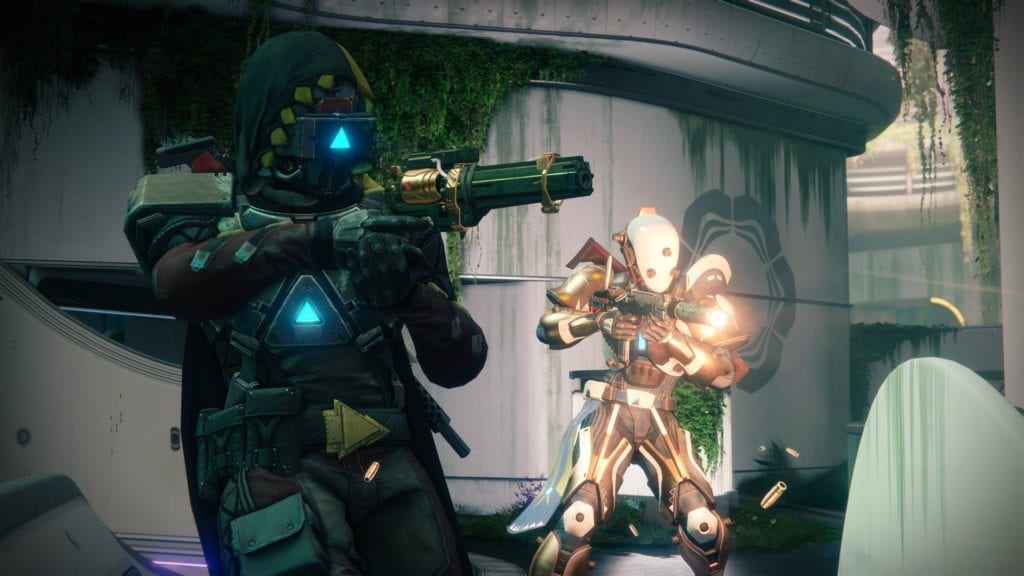 Even though this stream didn’t reveal as much as the first one, that’s predominantly because the first stream revealed SO much – and thus there was a little overlap. There was a ton to get excited about this time around and the only moment that got me a little upset was them following up “most rewarding event” with the reveal of there being a second chest which awards only 1 planetary token. Bungie and Destiny 2 have gotten a lot of criticism on their token system, and this was actually the moment where I started to think enough was enough – really? 1 Token? A cumulative reward of two tokens and a blue engram hardly count as ‘most rewarding event’; but perhaps this was just for the stream since it was prerecorded.

And again, Bungie did reveal a TON of new stuff in their Community Blog post this week and addressed some of these concerns. So I for one still side with ‘keeping the positive feedback coming’. Bungie has acknowledged that moving forward they want to make things better and get more involved; and with Season 2 right around the corner, this is the perfect chance for them to do just that! Canceling that 3rd stream shows their focus this past week changed from solely ‘Curse of Osiris’ to improving the game experience overall for the entire upcoming season. And that sounds pretty alright by me!

Home » Fandom » Everything We Learned From The ‘Destiny 2: Curse of Osiris’ Live Streams (Part 2)