It’s a sad day for fans of the 90’s themed dramedy Everything Sucks as the show has been canceled by Netflix after one season, reports the Hollywood Reporter.

The show, following students lives at Boring High School in the mid 90’s developed a loyal following but surprisingly, was not well promoted by Netflix. Even with the fans and cast trying to get the word out on Twitter with the hashtag #RenewEverythingSucks ,in the end Netflix chose to cancel the show in its freshman year. Actress Peyton Kenedy, who played the Principal’s daughter Kate on the show had this to say abot the cancellation on Twitter: 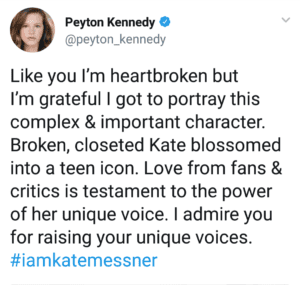 With the cancelation comes the sad realization that not only will we not be able to relive more 90’s nostalgia but that these relationships we followed throughout the first season will not continue any further. The added sting of the cliffhanger ending(they were in the process of scripting out season 2) leaves many stones unturned and for this viewer, that is anything but fly. Totally uncool Netflix. Like, as if! 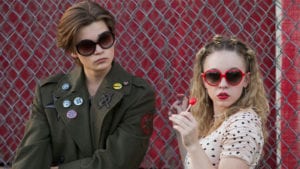