Arrow fans, we’ve got some Diggle dirt for you!

It is somewhat unclear what is going on with Diggle since last season, all we know is that he left the team, and he is searching for some peace out in the special forces after holding himself responsible for the deaths of Black Canary and his brother.

David Ramsey, who plays Diggle, attended Heroes & Villains Fan Fest this weekend and was present on a few panels- one of them with Amy Gumenick, and Willa Holland, who play Cupid and Speedy respectively.

Ramsey addressed Diggle leaving the team and gave some insight about his new helmet, which we know he will be getting this season. He said that when Diggle wears the helmet, you can finally see his face in it.

“I got to wear the new helmet, and I peed a little. Right in my leather pants” @david_ramsey #HVFF pic.twitter.com/NRtuDjWhCX

“You can finally see Diggle. I told the producers, the only black guy on the show you give a helmet to and you can’t see his face. But It can do stuff! I know it can see far away. I’m not quite sure if it could see through walls.” He says. 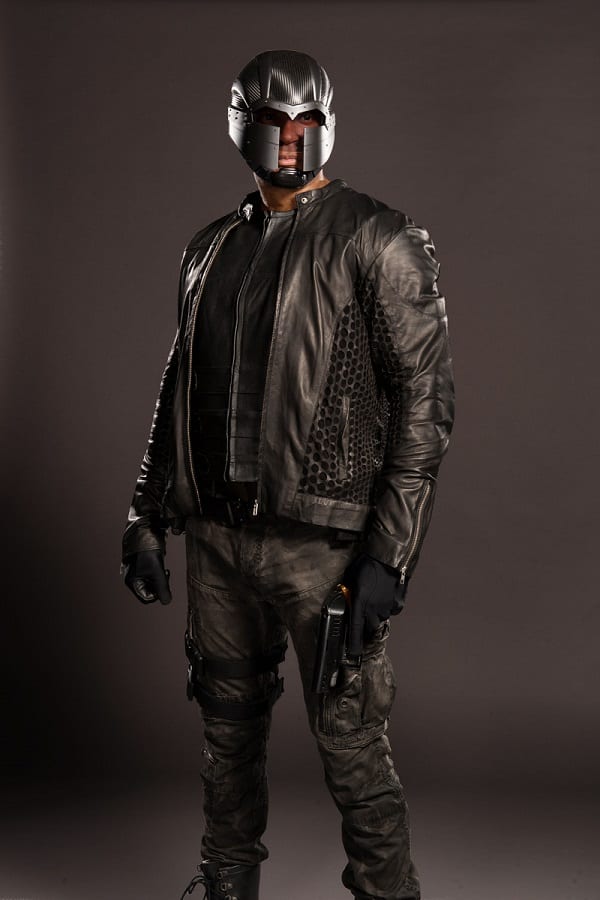 So it looks like he is getting quite an upgrade.

Are you a Diggle lover hoping to find out when he will come back in the season? The answer to that is episode 4-Not too long of a wait! Ramsey recently tweeted that he got super pumped reading the script. “Its a very big episode as far as how how Diggle comes back and the help he gets. He’s glad to be back, but there are some surprises.” He told fans at HVFF.

“Episode 4 is a big episode in how he comes back and the help he gets” @david_ramsey #HVFF pic.twitter.com/0xeAbJkr6R

“When he returns, he returns to a new team. And he’s gonna have something to say about that becuse he feels a certain way about getting these nw recruits back into the field. When he comes back there’s a very interesting way he comes back and that story is very intricate.” Ramsey said.

Arrow” returns to The CW on Wednesday, October 5 at 8 pm EST.