With House of the Dragon Season 1 in our rear-view, we’re now looking ahead to Season 2 with a better understanding of what’s actually at stake. The finale episode brought us back to reality by reminding us that Westeros’ number one threat has always been and will continue to be dragons. We know now that “The Dance of the Dragons” is underway, and based on the first volley between “The Greens” and “The Blacks” it seems clear that one side holds an incredibly dangerous trump card!

Lucerys Velaryon (Elliot Grihault) becomes Rhaenyra’s envoy to Storm’s End, but that choice comes at a great cost. Aemond Targaryen (Ewan Mitchell), who already represents King Aegon, is also present at Storm’s end. He still holds a grudge against Luke from when they were children and fought; during which fight, Luke put out one of Aemond’s eyes with a slash from his blade. When Luke tries to leave, Aemond gives chase on the back of his dragon Vhagar. The resulting fight sees Vhagar going into what can only be described as a ‘rampage,’ slaying both Luke and Arrax – Luke’s own dragon 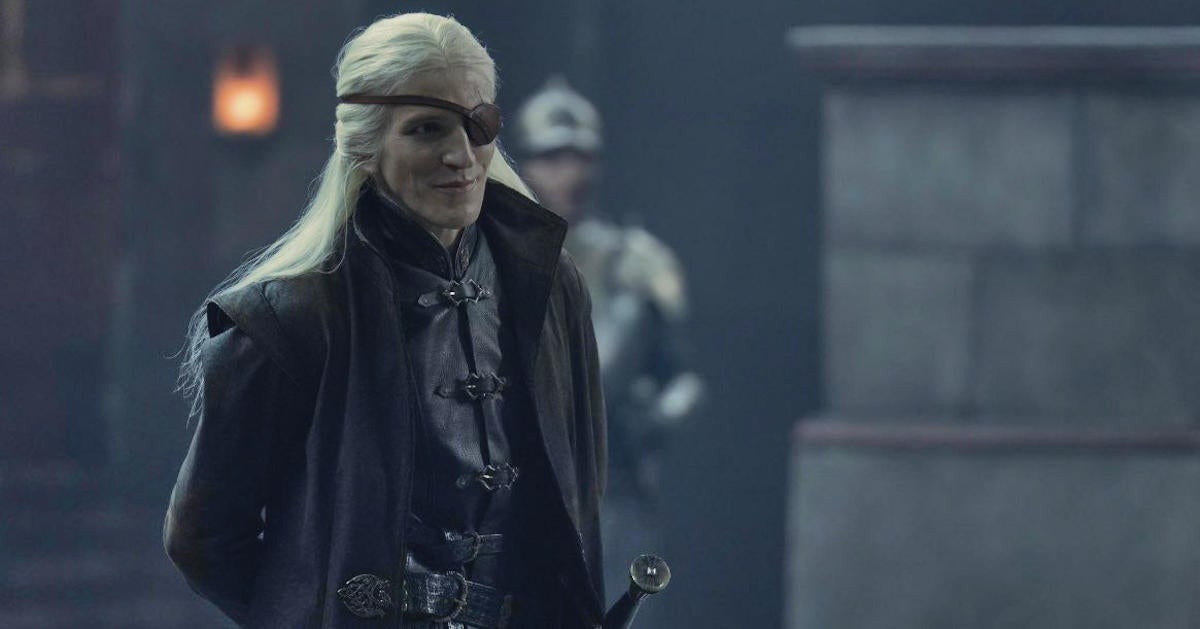 Of all the houses in House of the Dragon, Vhagar is by far the most dangerous.

Early on in House of the Dragon, it was alluded to that Vhagar would be a potential “villain” In Episode 7, it was foretold that Luke and Aemond (along with Vhagar) would have a major battle. When young Aemond took Laena Velaryon’s dragon for himself, Lord Otto Hightower told Queen Alicent that their side had won a grand prize through Aemond– as seen in Episode 10, Sir Otto was not lying.

Vhagar was the only dragon involved in The Dance of the Dragons, and seems to kill any other dragon or human that gets in its way. With an ancient dragon now claiming control, who can stop it? Aemond thought he was big for taking Vhagar as his own – but now even he knows that while he rides the dragon, it is far from under his dominance…

Who is Vhagar the Dragon?

Vhagar is a massive she-dragon who was born during the time of King Viserys I. Out of all the dragons alive in her era, she was both the oldest and largest. During Aegon the Conqueror’s conquest to unite Westeros under one monarchy, Vhagar served as Visenya Targaryen’s mount – Aegon’s older sister and one of his two wives.

Visenya Targaryen originally passed Vhagar to Baelon, father of Viserys I and Daemon. Laena Velaryon became the rider after Baelon’s death instead of allowing Aemond Targrayan, whom grew old without his own dragon., to have her. House of Dragon tells how Laena died by way of childbirth then Aemond took her afterwards as a prize..

Vhagar is the biggest, oldest, and most battle-hardened dragon alive in the era of House of the Dragon, as Daemon noted. Rhaenyra’s side may have more dragons to fight with at their disposal, but Vhagar shows that this won’t lead to an automatic victory…

House of the Dragon is now streaming on HBO Max.