News Alert: Game of Thrones is finally about to start filming season 8!

As the cast and crew prepare to head back to set to film what will probably be the show’s most important season, one person, in particular, is going to the extra mile to make sure that everything will be perfect and authentic for the fans – Emilia Clarke.

For seven seasons Emilia Clarke has played the badass and beautiful Daenerys Targaryen, whose signature look stems from her white blonde hair. However, in real life, Clarke is actually a natural brunette and has been wearing a pretty convincing wig throughout the shows nearly eight-year run.

It turns out that a lot of people don’t actually know this about Clarke who told Vogue magazine once that she is often not recognized because people just assumed that white-blonde was her natural hair color. “If I’m walking down the street with Kit [Harington] or Gwen [Christie] or anyone from the show, fans will be like: ‘Can you just take a picture of us please?’ And I’m like: ‘Sure, I can.'”

The same thing happens to her at award shows and events as well. “It takes a die-hard fan to actually spot me. These HBO events, where I’ll be talking to someone for a fair amount of time, and then suddenly they’re like, Oh s**t! That’s what you do! — they think I’m some crazy Brit who snuck her way into a Hollywood party,” she told GQ back in 2013. 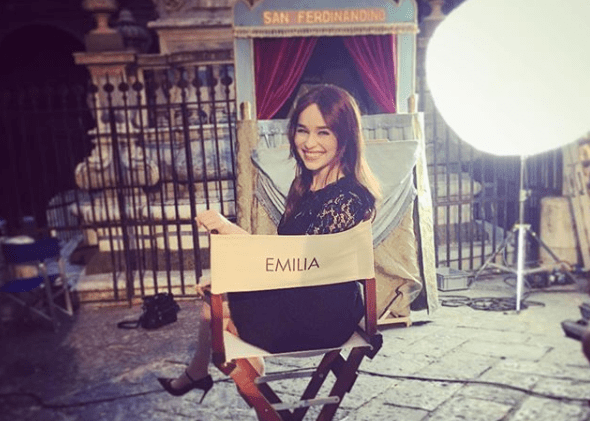 Well, yesterday Clarke uploaded a photo of herself revealing that she had in fact decided to go true Targaryen blonde for the show’s final season. 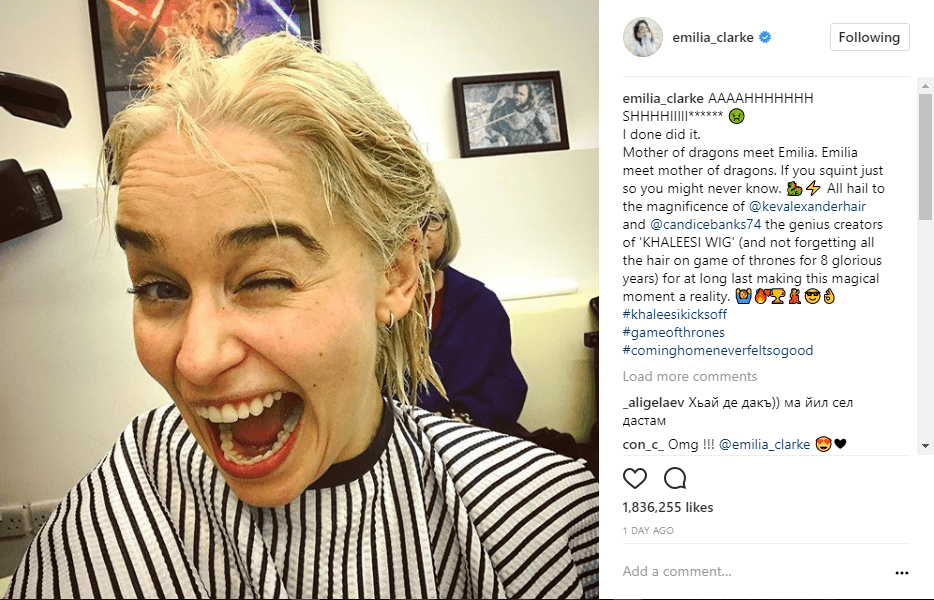 Her caption reads: AAAAHHHHHH SHHHHIIIII****** I done did it. Mother of Dragons meet Emilia. Emilia meet mother of dragons. If you squint just so you might never know. All hail to the magnificence of @kevalexaderhair and @candicebanks74 the genius creators of the ‘KHALEESI WIG’ (and not forgetting all the hair on game of thrones for 8 glorious years) for at long last making this magical moment a reality. #khaleesikicksoff #gameofthrones #cominghomeneverfeltsogood

She later uploaded another photo updating fans on the drastic change. 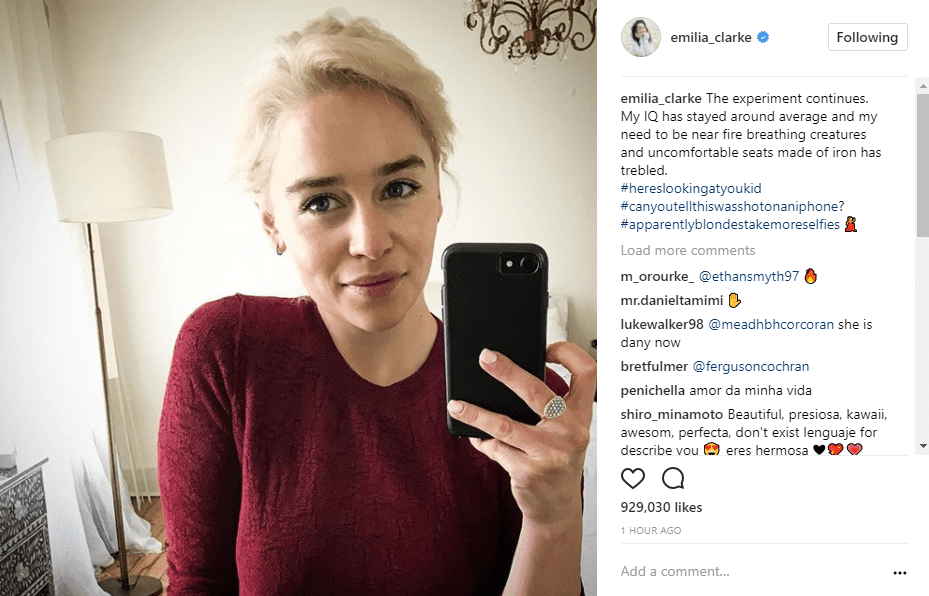 The caption reads: The experiment continues. My IQ has stayed around average and my need to be near fire-breathing creatures and uncomfortable seats made of iron has trebled. #hereslookingatyoukid #canyoutellthiswasshotonaniphone? #apparentlyblondestakemoreselfies.

Her hair is definitely still on the shorter side so we can expect her to be wearing at least extensions, but it’s still cool that she finally decided to take this extra step for her character as the show barrels towards its end.  What do you think of Emilia’s new look?