Supergirl is, I believe, currently filming its final season. It’s hard to tell what’s in store for this final season but I’m hoping it’s great. Supergirl hasn’t been everyone’s favorite Arrowverse show, but I’m still hoping it goes out with a bang. It certainly helps that we have Superman And Lois to replace it. As much as I love Supergirl, I have to admit the show about her more famous cousin has been exceptional. If we’re lucky, maybe Benoist will come back once in a while to visit Clark in Smallville. That’s what I’m hoping for, anyway. Even though we don’t know what the final season is about, maybe we can rest easy. It looks like Cat Grant is coming back… Kind of. It’s going to be a younger version of her… and we have a young Cat Grant casting. 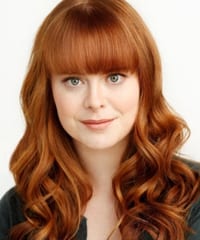 Eliza Helm will be portraying a younger version of Cat Grant during Supergirl’s final season. EntertainmentWeekly broke the story on Wednesday and I think the casting choice is pretty good. Helm looks suspiciously similar to a younger version of Cat Grant. If she can just nail the mannerisms, the confidence, we’re going to have an amazing Cat Grant on our hands. The fifth and sixth episodes of the season will reportedly feature several flashbacks to early in Cat Grant’s life. She’ll still be going by CJ at that point actually. We’ll get to watch as she tries to step out of the shadow of the mighty Lois Lane. Could we maybe see Elizabeth Tulloch make an appearance? I’d love to see them together.

“Eager to step out of Lois Lane’s shadow and out from under her boss, Perry White’s thumb, Cat chases a story to Kara’s hometown of Midvale. This lead won’t go as planned, but it will put her on the trajectory toward the Media Powerhouse we know and love as Cat Grant.” is the official character description.

Are you pleased with our young Cat Grant casting? Are you excited for Supergirl‘s final season? Let us know below!

Home » Television » Supergirl: We Have A Young Cat Grant Casting