We’re now 2/3 of the way through E3 2018, and there’s been way more going on than we could ever fit into 800ish words. But that won’t stop us from trying! Here are the highlights from day two on the floor of E3.

1) Kasedo Games. Our first appointment of the day was with the developers of both Warhammer 40,000: Mechanicus and Rise of Industry. Despite coming from the same studio, these are vastly different games. Mechanicus follows in the Warhammer tradition of strategic intergalactic warfare, while bringing new weapons, canticles (prayers for abilities, to the uninitiated), and characters to the battlefield. It’s a turn-based tactical game, and players’ choices will bring them to one of 4.5 alternate endings. The dark-humor-laced narrative was written by a member of the Black Library, which handles all canonical Warhammer literature, so players can expect both great gameplay and great story when the full game releases. Unfortunately, that release date is still TBD.

Rise of Industry, on the other hand, is a world-building game. Set in the 1920s, players take on the role of a speculative businessperson with goals of becoming a tycoon. The game offers multiple maps of varying sizes, each with multiple cities to interact with in each. After settling on a city to become their new headquarters, players will not only expand their city limits, but must build relationships and trade with other cities to fully achieve their production goals. But it’s not just fellow humans that players need to worry about- their choices also affect pollution levels, which can in turn affect their natural resources. And even if players do everything perfectly, there’s still the chance of a natural disaster striking and burning all their hopes to the ground. (OK, so it’s probably not that dramatic, but the game does feature fire and weather events, so be prepared to lose at least a few warehouses along the way.) Like Mechanicus, the full release date is still TBD, but the game is available now on early release and will be released fully for the PC and Linux.

2) Another Sight. This game snuck under the radar (and wire) to make it to E3. Coming from Lunar Great Wall Studio in Italy, this puzzle adventure game is set within the world of Neil Gaiman’s “Neverwhere.” For those who haven’t read that book (and you should definitely considering reading that book)- there is an Underneath to London. A space where magic exists and physical barriers kind of don’t. Players will take on the roles of both Kit, a 15 year old human girl, and Hodge, her cat companion. After getting trapped in a collapse of London’s Victorian-era tunnels, Kit loses her sight and must rely on Hodge to guide her back home. However, Kit soon discovers she has another type of sight where she can experience the world around her via sound. Players will be able to switch between Kit and Hodge to solve puzzles along the way home, all while discovering just who Kit is, why she has a magical cat for a companion, and how they came to be in the Underneath. There are all kinds of other characters to meet, each with their own worlds and stories. The game releases in Fall 2018, and will be available for the PC, Xbox One, PS4, and Nintendo Switch.

3) Accessibility in Gaming. When I’m not writing about (or playing, or reading about, or thinking about) video games, I’m the director for Accessibility Services for the Fan Fest events. That work, along with dealing with two invisible disabilities of my own, means that I’m super interested in improvements in accessible gaming. And there are some really exciting things happening at E3 2018 with regards to accessibility. Here’s just a short list. 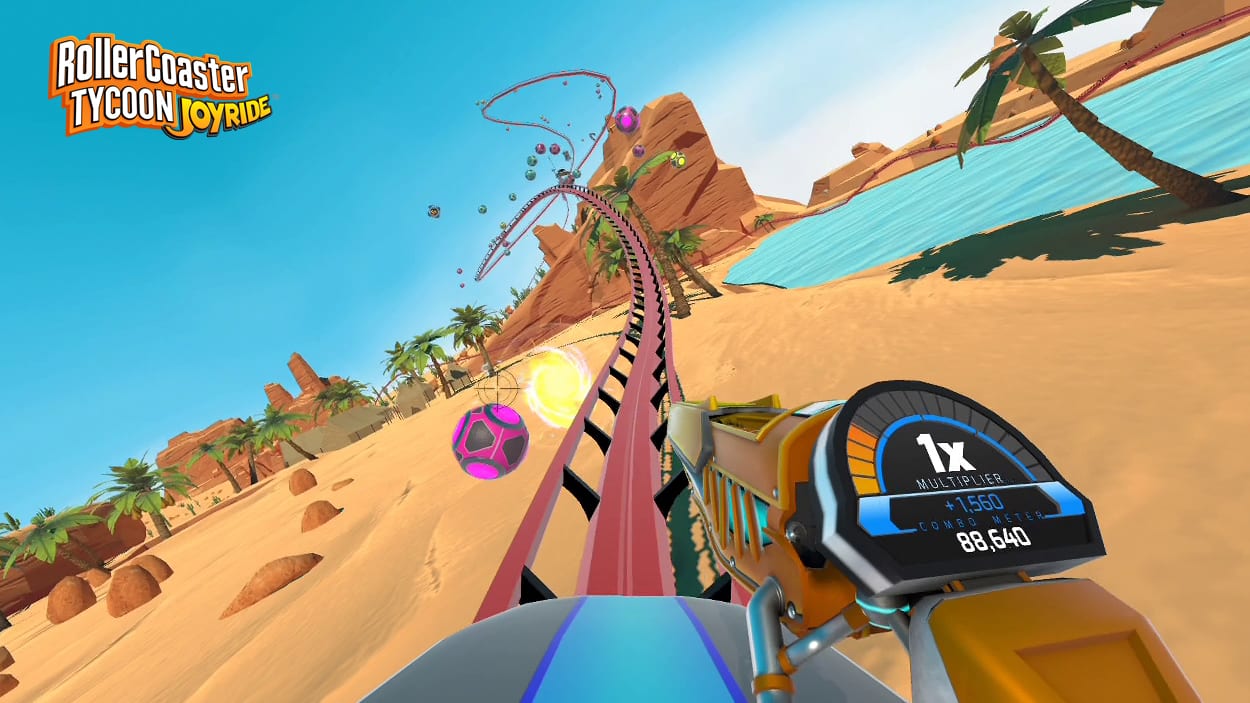 That’s it for Part 2 of our View From The Floor series. Stay tuned for our final write-up tomorrow, and check out our Facebook, Twitter, Snapchat, and Youtube pages for more exclusive photos, videos, and news.