The Academy Award nominated Steven Spielberg film E.T the Extra-Terrestrial is turning 35 years old this year but its story of friendship is ageless. Thanks to an adorable new children’s book, the friendly, reese’s pieces loving alien who just wants to get back to his home planet is about to be introduced to an entirely new generation!

Quirk Books has developed a beautiful picture book which tells the old school, classic story of E.T. the Extra-Terrestrial in a whole new way.  E.T.’s friendship with his newly found human friends Elliot, Gertie and Michael springs to life from the pages of the new book which is illustrated by Kim Smith and, thanks to Entertainment Weekly, we have a first look at the cover and two spreads from the book.  Check out the cover below: 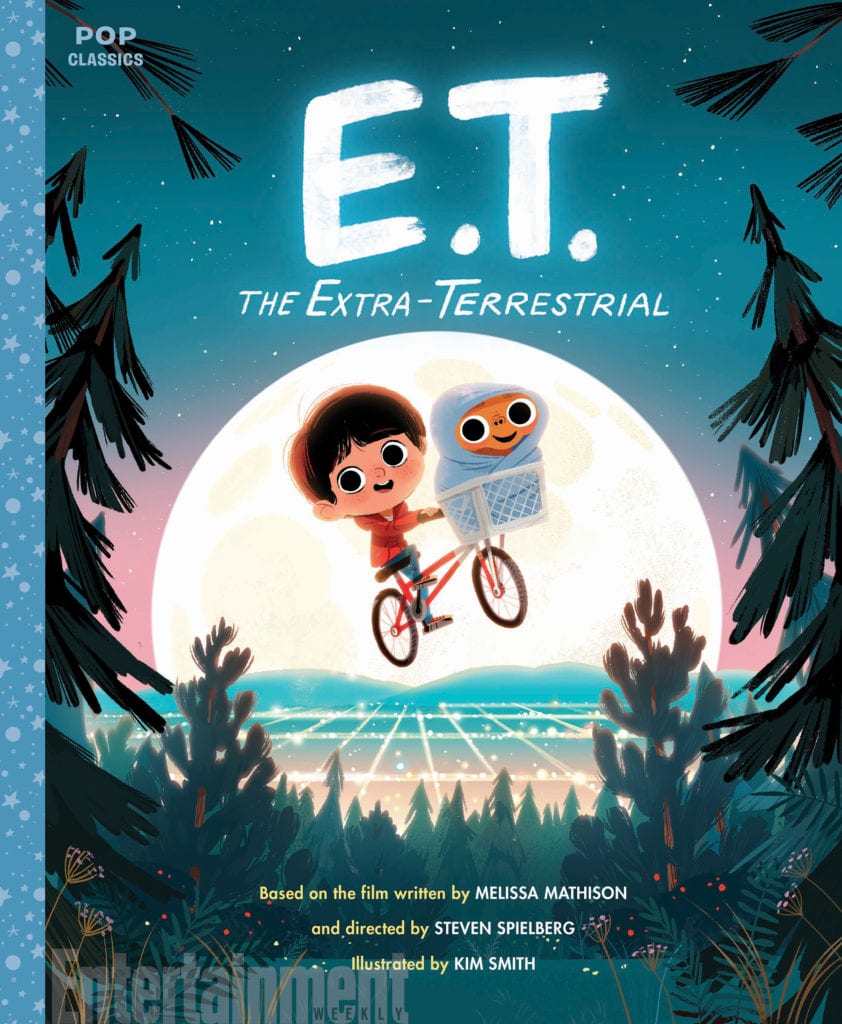 The book is based on the original film which was release on June 11, 1982.  The film starred Henry Thomas as Elliot and Drew Barrymore as Gertie and followed a gentle, friendly and scared little alien (E.T.) who ends up stranded on planet Earth.  Elliot finds him, befriends him and, along with his siblings, tries to care for the alien and keep him safe.  When E.T. becomes ill and is discovered, the government intervenes.  Elliot does all he can to protect E.T., the scared little alien who just wants to “phone home.”

Check out the two spreads from EW’s exclusive preview below.  E.T. the Extra-Terrestrial picture book will be available online on October 31, 2017. 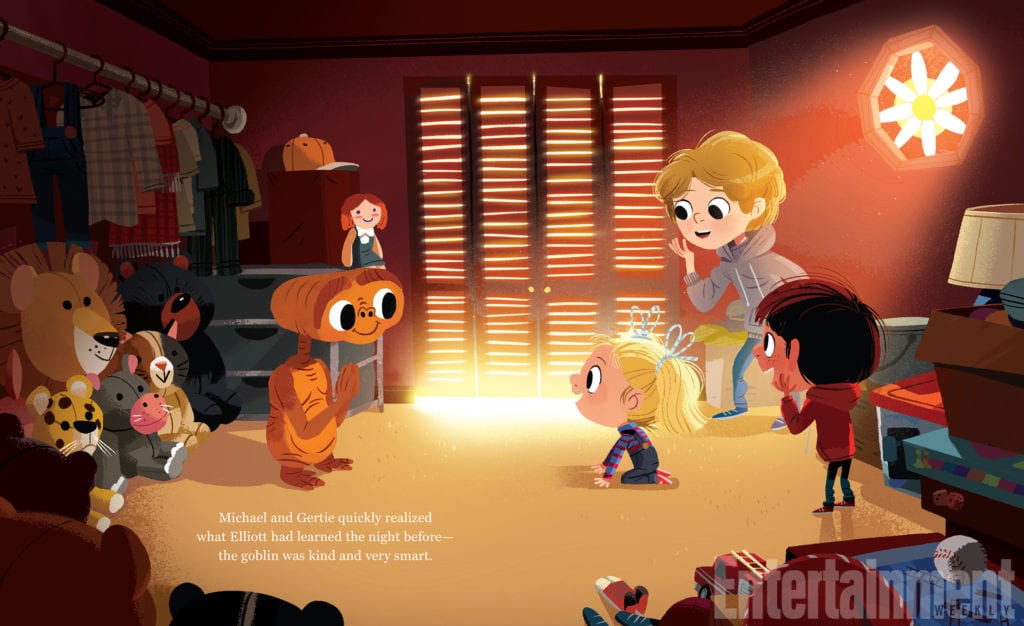 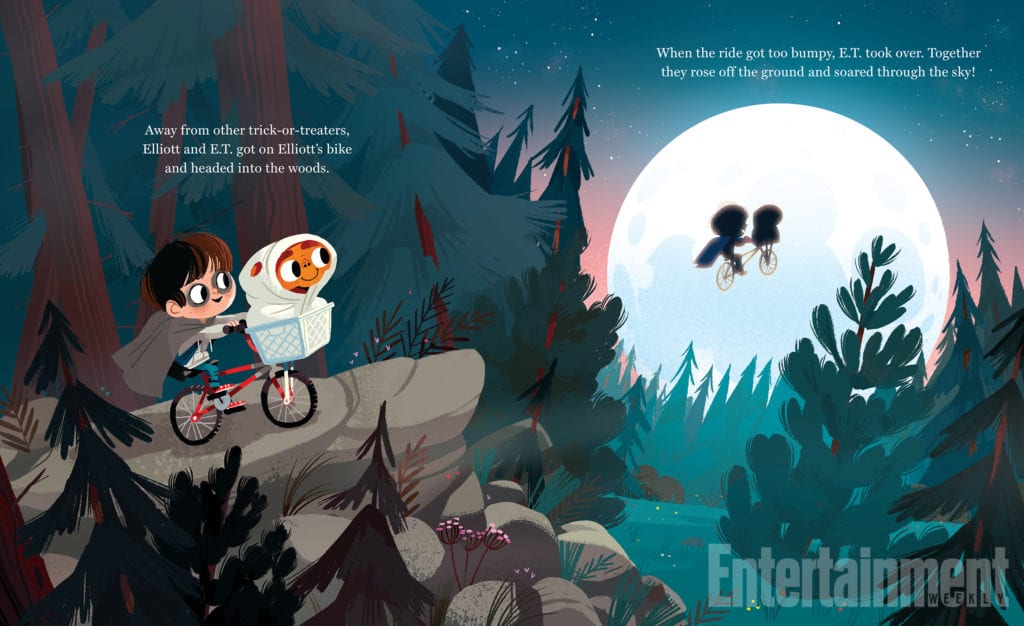