Dylan O’Brien Opens up About His Accident and Recovery

In an interview with Vulture, actor Dylan O’Brien opens up about the accident he was in on the set of Maze Runner: Death Cure.

In March 2016, O’Brien was performing a stunt on top of a moving vehicle when he was pulled off of the top and struck by another vehicle. Filming was suspended in order to allow him time to heal, but his injuries were worse than originally thought and filming was shut down indefinitely. For the past year, O’Brien has all but disappeared from the public eye as he has recovered from the trauma of the accident. During that time, O’Brien wondered if he would ever be able to return to acting.

“I really was in a dark place there for a while and it wasn’t an easy journey back,” says O’Brien. “There was a time there where I didn’t know if I would ever do it again … and that thought scared me, too.”

Before heading to Vancouver to start filming Maze Runner: Death Cure, O’Brien committed to the lead role in American Assassin, a film that would launch his career beyond the teen audience. He would finish filming Maze Runner and the finale of Teen Wolf, then move on to what the other films that had been lined up for him. O’Brien was at an amazing place in his career, his future looking bright. But the accident broke his spirit.

O’Brien won’t talk about the particulars of the accident, instead talking about the psychological trauma sustained. He describes the recovery process as “overwhelming” as he struggled with the anxiety and fear associated with getting back in front of the camera. There was also a fear of not wanting to get back to his career. he wondered if he would even want to act anymore. O’Brien recalls the anger he would feel at the emails sent to him asking if he was back on his feet and when he would be able to return to set. 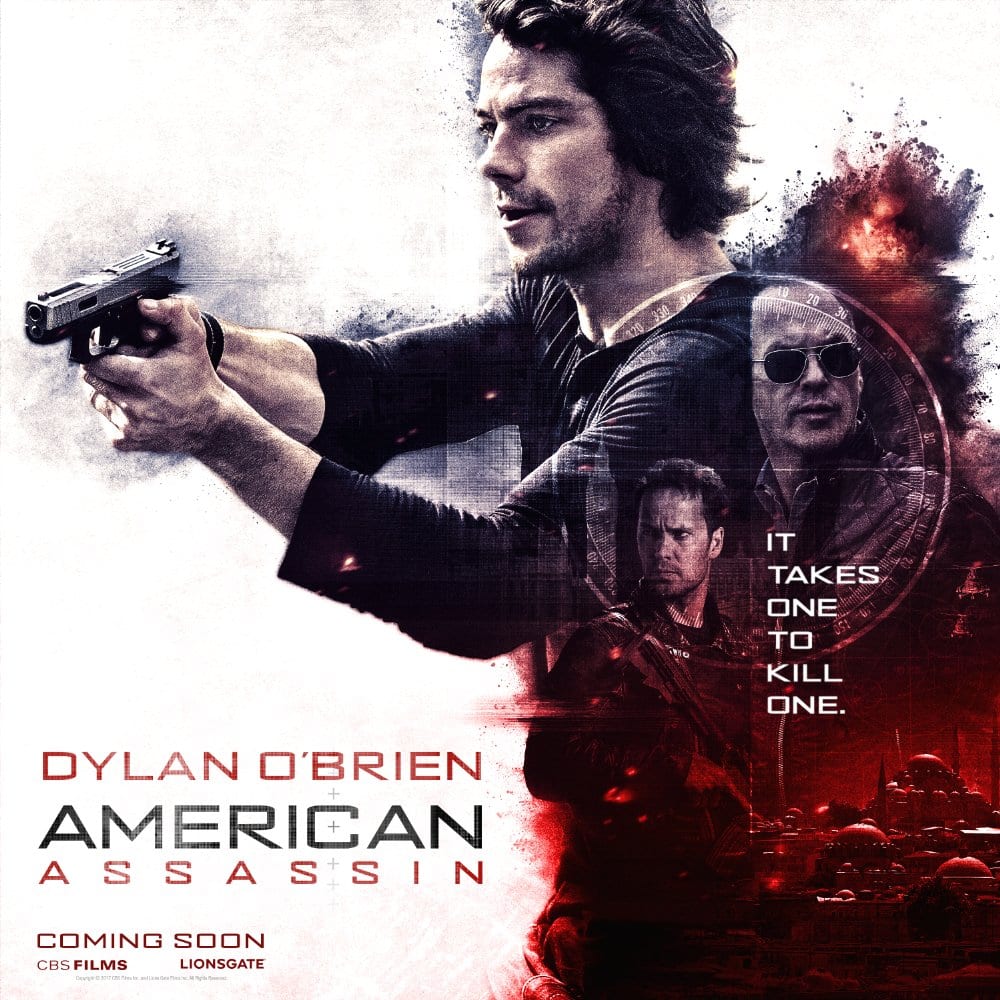 American Assassin was put on hold to see if O’Brien would be able to continue, but they were nearing a filming deadline. They needed an answer if he was still on board. O’Brien didn’t want to let the role go. American Assassin follows the story of Mitch Rapp, who’s fiancée is gunned down in front of him during a beach vacation. Rapp decides to take justice in his own, honing his anger and going after those that killed her. “I felt like I could portray that and wanted to be the one to do that justice — it was almost like an honor for me at that point,” O’Brien says. “But at the same time, I was still in such a fragile personal state that I had this other force telling me, like, ‘No f-ing way’ that I can do it. ‘This is too soon, too soon. Tell them to leave me alone, I need more time.’”

But O’Brien recommitted to the role and began two months of intense training to get in shape for the role. He may not have mentally been 100% ready to take on the role, but he believed that he could do it. The training was tough, and there were times when O’Brien would show up at the gym having a panic attack. Action coordinator Roger Yuan was a great support during those trying times. When O’Brien was showing mental fatigue, Yuan would help him through it. “Sometimes I’d literally show up at the gym having a panic attack, and my trainer would be like, ‘All right, let’s just go get breakfast,’” says O’Brien. “I can’t give enough credit to him … he was really there for me, and not just like a trainer where it’s like, ‘Well, come on, man, I gotta pump you up.’ He cared more about my mind and the state that I was in.”

When it came time to film, O’Brien had a massive panic attack in the airport before his flight to set in London. O’Brien’s father, Patrick, and girlfriend, Britt Robertson, were there with him as he questioned if he could continue. Eventually, he made it on the plane and to set, his father at his side.

“That was a tough year for us,” said Patrick. “It was hard to see him like that … he’s such a special kid.” He had never before been on set with his son, but he knew that he needed to be there with him during American Assassin. During one of O’Brien’s scenes in which his character is physically preparing himself to take on his wife’s killers, Patrick saw this intensity he had never seen from his son, “Obviously, I’m getting concerned. I’m watching the monitors and I’m seeing the stress he’s putting on his body and his face and all the places that have been of some concern of late.” As soon as the director yelled cut, Patrick walked up to his son and asked him if he was okay.

O’Brien has struggled with the going back to the set of Maze Runner: Death Cure. He didn’t want to continue, not wanting to return to where the accident happened. It took a lot of time for O’Brien to dig deep, looking beyond the initial gut reaction of telling the studio to go on without him.

“I wouldn’t have been ultimately happy with that, I don’t think. In the moment, it would have been a temporary relief because I would have run from it, but it would have always stuck with me a little bit … I knew it was going to be really hard, harder than Assassin probably, but [I thought] if I got through that, I can get through this, and I think I’ll come out of the other side being really happy that I did it. And I did.”

Filming resumed in March with an intended release date of January 2018. His father followed him to South Africa where the film was shot and has a co-producer credit on the film. O’Brien was also able to find time to finish out his role as Stiles Stilinski on Teen Wolf, which airs its series finale September 24th.

Looking forward, O’Brien is excited for what the future holds. He has held the roles in Teen Wolf and Maze Runner for some time and he is ready for what comes beyond those two safety nets.

‘Teen Wolf’ Recap ‘Said the Spider to the Fly’