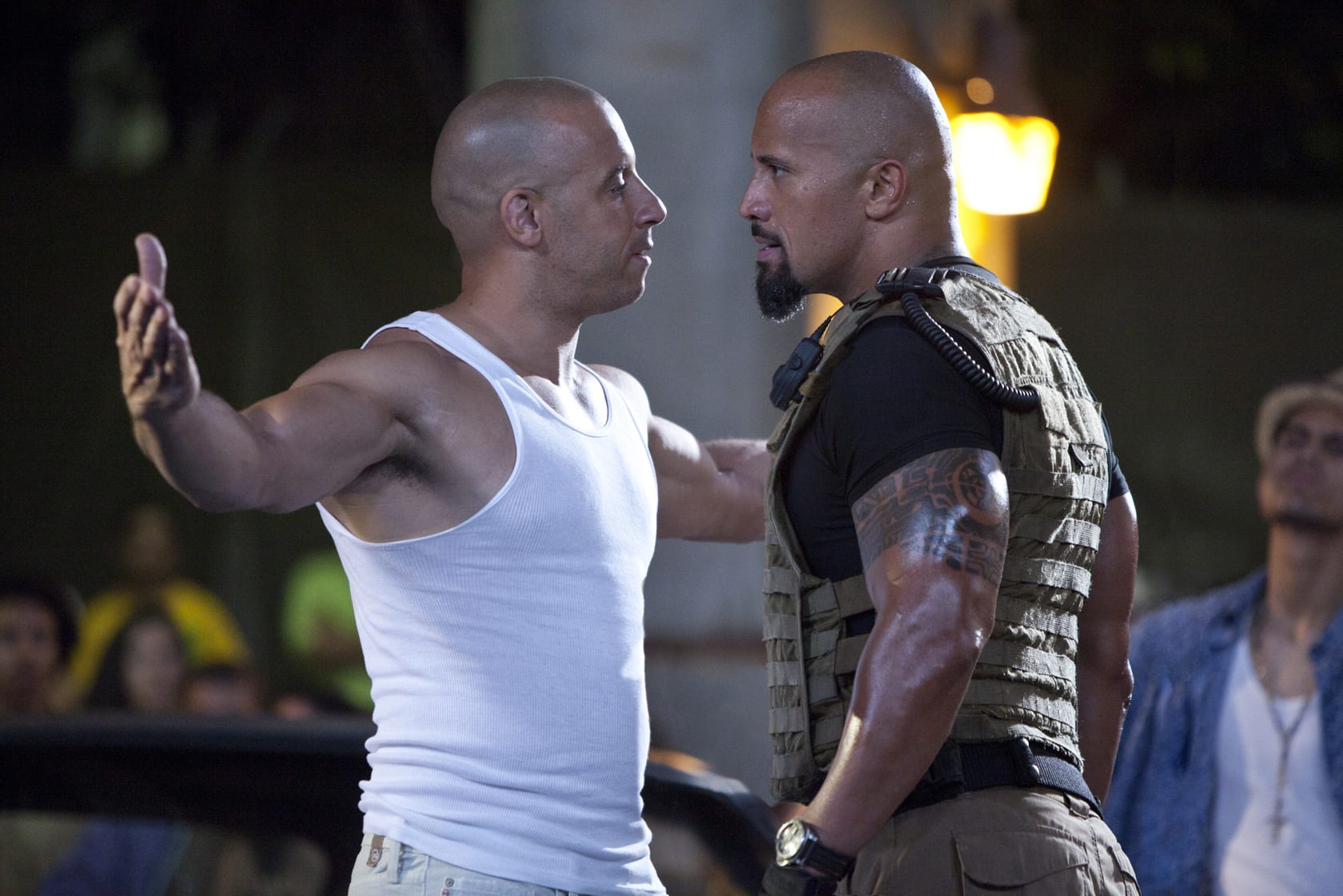 The cars may be Fast but Dwayne ‘The Rock’ Johnson and Vin Diesel are Furious… with each other.

It all started when Dwayne posted a video to Instagram highlighting his final week of shooting Fast 8, the eighth installment in the franchise. It started off well, with Johnson thanking Universal Studios and his female co-stars, but things took a turn when he called out his male co-stars. “Some conduct themselves as stand up men and true professionals, while others don’t. The ones that don’t are too chicken s*** to do anything about it anyway. Candy a**es,” he was quoted as saying, leading many to wonder who exactly Johnson was referring to. Turns out, the beef was with none other than Vin himself.

According to Entertainment Tonight, the “feud” apparently started because Vin was late to set multiple times, angering Johnson, who was “always on time for shooting.” “At the end of production Dwayne was really over Vin’s bulls***. As far as I know, they haven’t spoken since they left the set,” says ET’s source. Even more fuel was added to the fire when Vin posted his own video to Instagram, with the cryptic line “So give me a second and I will tell you everything. Everything.”

So much has gone on this year. I can't believe I wrapped two back to back pictures I both starred in and produced. Now I get to return to my family, my life… To me.

It doesn’t seem like this rivalry (if any) will end anytime soon, but we hope these two are able to resolve their differences eventually.

What do you think: Is this some publicity stunt or do Diesel and Johnson really have bad blood?