WWE NXT’s Schism has finally revealed their new member this week after teasing it for some time. A few weeks ago, an unknown masked figure in a red robe was seen near or in the crowd whenever Schism wrestled. After much speculation and anticipation, tonight their true identity was finally revealed.

Some people had theories, but I’m pretty sure few of them thought that Simone Johnson, aka Dwayne The Rock Johnson‘s daughter and WWE’s Ava Raine, would be on the list.
Schism seems to be gathering more steam now that Raine has made her WWE TV debut. 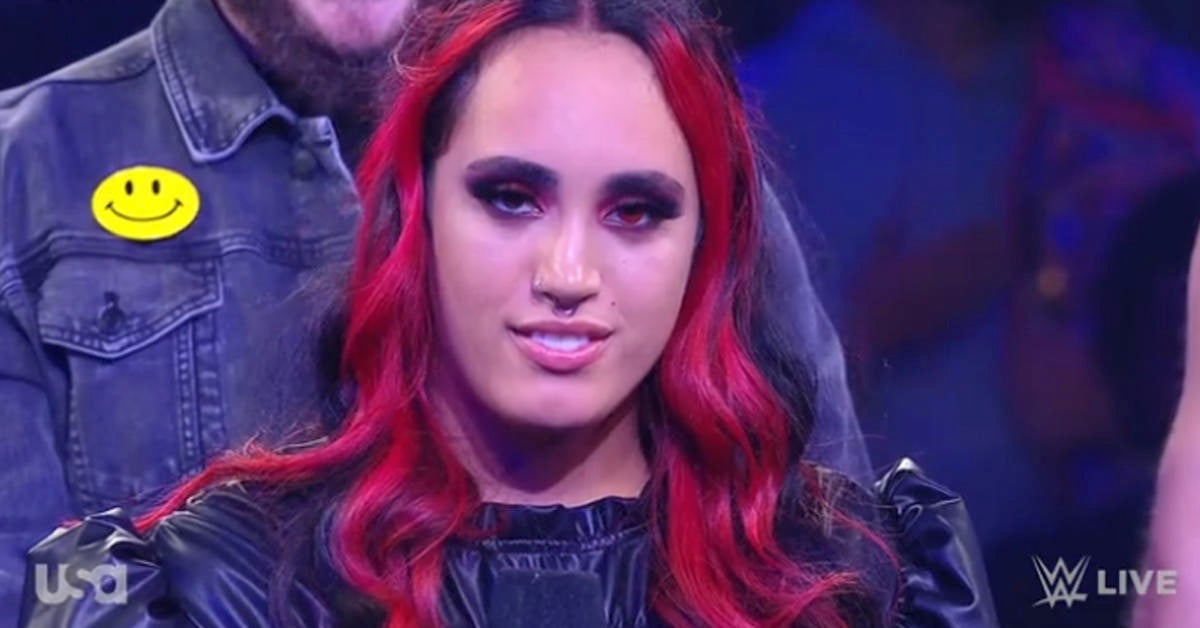 Raine began appearing at NXT’s live events last year and debuted her first promo against Cora Jade earlier this year. Calling herself  The Final Girl, she started a feud with Roxanne Perez that doesn’t seem to be ending anytime soon.

In 2020, WWE signed Raine and she began training at the Performance Center. However, a few injuries impeded her from debuting on NXT TV. With her name already out there and an introduction given at live events, it seemed like her big debut was finally near. And now we know for sure that she’s officially part of Schism–a group whose next target is still unknown but has considerably raised their level of attention with Raine as a new member.

Are you looking forward to Ava Raine’s WWE NXT debut? We want to hear from you in the comments!