Dwayne “The Rock” Johnson‘s fans rejoice- he is set to appear in Black Adam as his live-action superhero debut later this year. The DC universe entry has been a work in progress for nearly 10 years.

There’s a lot of excitement surrounding Johnson taking on the role of Black Adam throughout the film’s trailers and television commercials, and with the premiere approaching fast, it appears that he and his castmates will be having a good time in style. 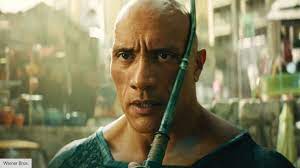 Pumped to announce the start of our #BlackAdam Global Tour. This has been my 10-year+ long passion project, and there’s no better way to share it with the world than touring the globe. Thank you all so much for your early support. It’s time to get down to business! See you soon, Mexico City! You’re up first! “You’re up first!” says DC… pic.twitter.com/fBg2L49Tuh -> ,,,,,,,,,, “See you soon, Mexico City!” they say in DC… “”

Pumped to announce our #BlackAdam Global Tour begins.
This has been my 10 year+ passion project and no better way to release it to the world – than by touring the world
Thank U so much all for the early excitement. Time to deliver
See you soon 🌏
Mexico City 🇲🇽 you’re up first! pic.twitter.com/SO8fI109H2

After nearly five thousand years in captivity, Black Adam, an antihero from the ancient city of Kahndaq, is set free into modern times in Black Adam. His straightforward methods and way of dispensing justice pique the curiosity of the Justice Society of America, who attempts to stop his rampage while also attempting to teach him how to be a hero rather than a villain. They must collaborate to counteract a power greater than Adam himself.

Get ready to see Black Adam in theaters on October 21st!