Sony Pictures is in the process of remaking the 1995 adventure film, ‘Jumanji‘, and is said to be in talks with Dwayne
Johnson and Kevin Hart for roles in the reboot.

Variety reported that sources close to the film have said, schedules are in the process of being worked out for both
Johnson and Hart but, things are moving closer and closer to a deal. 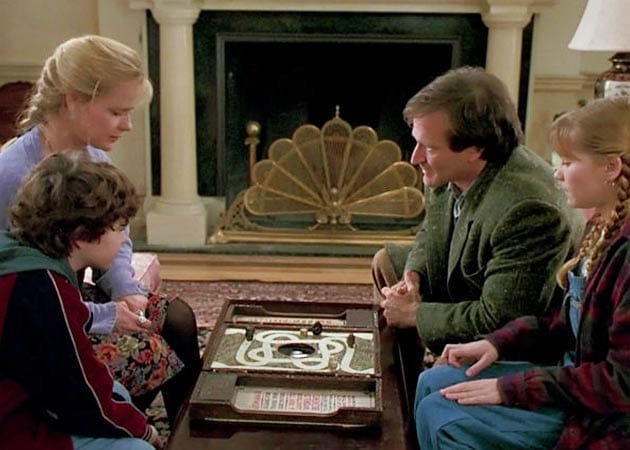 In the original film, young Sarah watches as her friend, Alan, gets trapped in a treacherous jungle within a magical (or perhaps, cursed) board game. After 26 years of being stuck within the alternate world, Alan (played by Robin Williams)
is released from the game when two young children (played by Kirsten Dunst and Bradley Pierce) take a roll of the dice. As they continue to play, the game releases all kinds of dangerous obstacles including monkeys, a hunter and a stampede which terrorize and destroy their home and city. It’s up to the three of them to find adult Sarah (played by
Bonnie Hunt) and to finish the game that she and Alan started 26 years ago in order to return everything to
normal again.

The original film was very much a family action film though, with potential stars like Johnson and Hart, one has to wonder if the reboot will be taking a more comedic route instead. I’m not sure about this reboot or how anyone can compare to Robin Williams in the original movie.

The script has already been written by Scott Rosenberg and Jeff Pinkner and was based on a draft by the original
writers, Chris McKenna and Erik Sommers.  ‘Jumanji‘ is scheduled to start filming this August in Honolulu,
Hawaii with a scheduled release date of July 28, 2017.

What do you think about a ‘Jumanji‘ reboot potentially starring Dwayne Johnson and Kevin Hart?