Based on the book series by Cressida Cowell, How to Train Your Dragon: The Hidden World stars the vocal talents of Jay Baruchel, America Ferrera, Cate Blanchett, Gerard Butler, F. Murray Abraham, Kit Harington, Craig Ferguson, Kristen Wiig, Jonah H, ll and Christopher Mintz-Plasse. Directed by Dean DeBlois, the synopsis for the final installment in the How to Train Your Dragon series says, “What began as an unlikely friendship between an adolescent Viking and a fearsome Night Fury dragon has become an epic trilogy spanning their lives. In this next chapter, Hiccup and Toothless will finally discover their true destinies: the village chief as ruler of Berk alongside Astrid, and the dragon as leader of his own kind. As both ascend, the darkest threat they’ve yet faced—as well as the appearance of a female Night Fury—will test the bonds of their relationship like never before.”

In honor of the film’s home release, we had the pleasure of speaking with DreamWorks Animator Thomas Grummt about what it takes to çreate a beautifully stunning and heartfelt film like How to Train Your Dragon: The Hidden World. 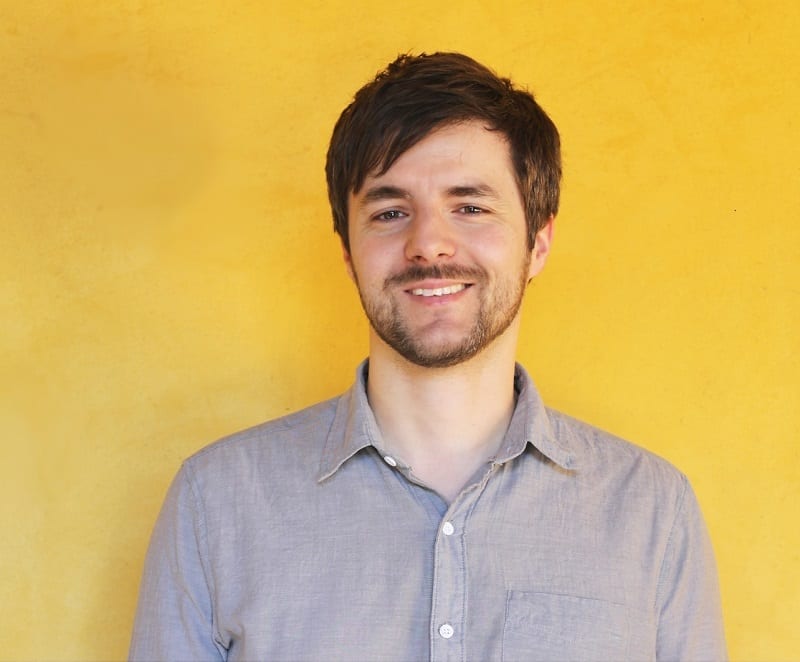 Denise Caputo: I am absolutely in love with the How To Train Your Dragon films, so I’m super honored to be speaking with you today. Before we get into talking about the films and how they came to be, tell me a little bit about your background and how you got into animation.

Thomas Grummt: Sure. I’m not one of those people that have always known that they wanted to be an animator. I was originally more into graphic design and drawing. Then, just before I went to college, I realized that animation kind of combined a bunch of things that I enjoyed, such as music, drawing, and film. So, it was more of an unexpected thing. Then in college, I started to enjoy doing animation, and then I just stuck with it. I’m originally from Germany. I went to college there, worked for a few years, and then I made the jump over here [to the United States] to work at a job at DreamWorks.

DC: You began working on the Dragon films during the second film, is that correct?

TG: Yes, I did. When I started here, my first project was Kung Fu Panda 2 in 2010, so I started just after the first movie had already come out that year. The person that brought me into the company was the Head of Animation for Dragons. His name is Simon Otto. He spoke at a conference in Germany. That’s how we met, and the whole thing started. There was a connection there right from the beginning, but I worked on a bunch of projects before How To Train Your Dragon 2. I think I started on that the end of 2012, so after about two years of being here. On the second movie, I had an interesting challenge. I was Lead Animator for the mother’s dragon, Cloud Jumper, the one with the four wings. He didn’t have a huge role in the movie, but he was quite an interesting and fun character.

DC: Aww! I loved him, and can certainly see how he would be a challenge to animate. Regarding the animation process, I’ve interviewed some voice actors in the past who have told me they typically record in a booth by themselves, and at times their sessions are video recorded as well to capture facial expressions, gestures, etc. Is that pretty much how things worked with the How to Train Your Dragon films? How did you animate the dragons?

TG: Right, so definitely we record the voices for the dragons first. There really aren’t hard and fast rules for all of this, but definitely we “steal” some expressions and mannerisms from the actors, if we have them. We don’t always but usually they record the voice recordings on video, and then we depend a little bit on the actor.

For example, I remember on The Croods for the shots of Eep; we had Emma Stone, who was very animated while recording, so she did a lot of really funny expressions. It was very useful for us. It’s not always like that, but if we can, we definitely take some bits and pieces from the actors. We also usually have the final voices, though sometimes it’s still scratch dialogue and then the voice gets added later on. Ideally, we have the final voices, because that determines the tone of the acting and how the shot feels.

Most of the time, when it’s a human shot, we usually record ourselves acting out the shot too. When the actor does in the recording, they’re standing in front of a desk, so they do hand gestures and stuff, but they don’t do the choreography that will be in the scene. They don’t walk around or sit at a table or whatever the character has to do. We usually act out those scenes just for the physicality. So, the final animation becomes a mix of a bunch of different things.

Since you asked about the dragons, we don’t really shoot reference for those. There are a few exceptions. There are some awkward people acting out dragons, but most of the time, we find animal references. I was the supervisor for the Light Fury, so I’ll just give you some examples of that. For flying scenes, we look at birds like owls, falcons, or eagles. We look to see how they fly and what happens with the wings and the tails and all that. Then, for scenes on the ground, the dragons behave more like big cats, like lions or snow leopards. For the Light Fury, we found this really interesting cat called a Serval cat from Africa which is really elegant and slender. We try to find real animals to base those characters off of so that they’re not just made up. We base them on something real. Then, we kind of mix and match different behaviors for whatever fits the shot. On the beach for the mating dance, for example, there’s a shot where Light Fury sneezes and that’s actually based on a Husky that I found by accident that made this really cute sneeze. So, we use whatever we can to have some basis in nature or real life for the dragons, but yes, for the human shots, it’s a mix of actors and us animators acting out a scene. Sometimes, we just make it up without any reference.

DC: That makes total sense. I have a black cat at home that looks exactly like Toothless. Big green eyes, same goofy and playful personality, so that was going to be one of my questions; if there was inspiration drawn from other animals that went into making the dragons in the film. That’s cool.

TG: Oh, sure. There’s a lot of that, and sometimes it gets weird. For example, for Cloud Jumper, the one with the four wings, if I remember correctly, he’s a mix of a Great Dane dog, an owl, and an X-Wing Fighter.

TG: Right? Simon [Otto], the Head of Animation, came up with this concept it’s not always animals. The Monstrous Nightmare dragon, the one that Snotlout sits on; he sits on it like a Harley Davidson holding onto the horns. So, it’s whatever comes to mind.

It’s funny you said that Toothless looks like a cat because even people that have dogs say the same thing about him. They think the dragons look like their pet.

DC: He does! And then add in the special relationship with Hiccup has with Toothless, for example, it reminds you of your own pet and how they become a part of your family.

TG: Exactly. The Head of Animation has a cat, and the director, Dean DeBlois, had dogs. A lot of inspiration comes from that relationship, and we want the audience to relate. Not everybody has pets, but usually, people can relate in some way, and if you get those mannerisms in there, it’s just recognizable enough that makes people feel more connected to those characters.

DC: Do you have a favorite dragon or a favorite particular scene that you worked on for the films?

TG: That’s tough. I would probably have to go with the Light Fury. I was responsible for her in this movie.

DC: She was gorgeous.

TG: Thank you so much. I had a really good time working on her. She was difficult, but I’m happy with how it turned out. It’s always hard to pick favorites, but I think on this movie [The Hidden World] my favorite scene that I worked on was the final mating dance that the Light Fury and Toothless do on that little crystal arch. It was neat because, in the first courtship scene that we did, Toothless was kind of clumsy, he doesn’t really know what to do, and he does everything wrong. Then, in that mating dance scene, we wanted to show that he’s learned the ways of the dragons and that they’re more in tune with each other. So, that was a fun one to do.

TG: That’s a tough one. One thing that I’m looking forward to is catching up on Game of Thrones. I haven’t seen the latest season yet.

DC: That’s a good answer, but you have to catch up before it gets spoiled for you. Spoilers are all over the internet.

TG: I know! I’m trying to shut my ears whenever people talk about it.

DC: Is there anything else that you would like our readers to know about How to Train Your Dragon: The Hidden World, or any of the Dragon films?

TG: Speaking of fans, it’s fascinating that Dragons has such a dedicated fanbase. We had tons of fun when the first trailers came out, and we watched the YouTube reactions and stuff like that. It’s pretty impressive how dedicated the fans are to this franchise, and when they start guessing what’s going to happen. There were some videos from before people knew anything about the Light Fury where they were speculating what kind of species she would be and if she was an underwater dragon, just from a few images. So, that was something we’ve enjoyed. It was really fun to follow that stuff on Reddit, for example.

Pick up your copy today! 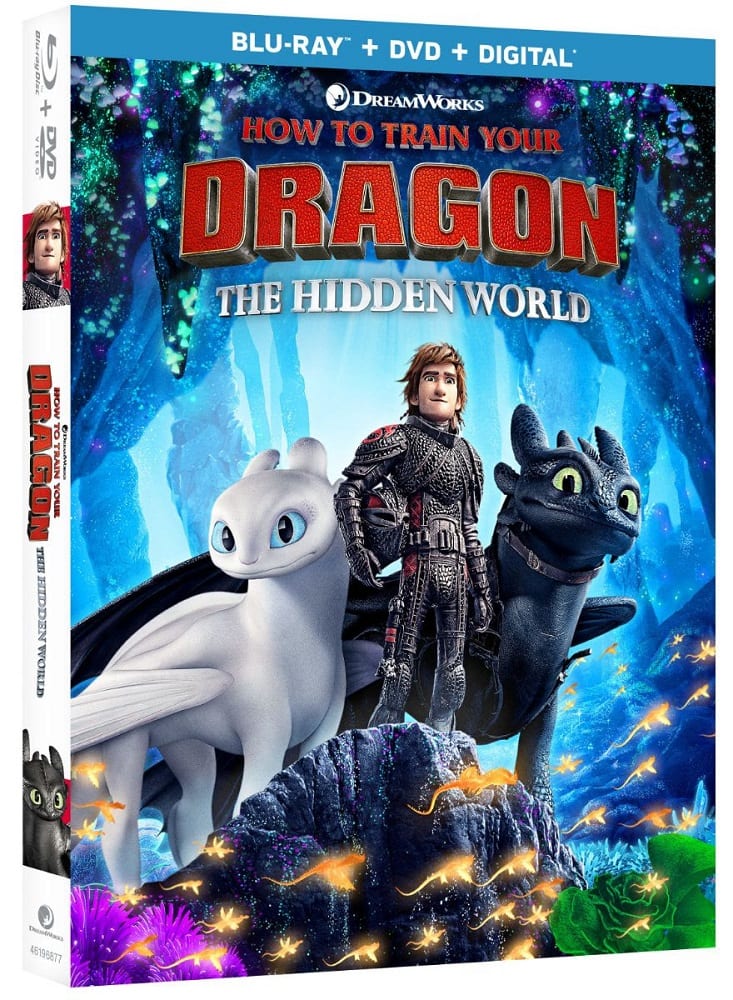