“It was probably the first time in my life that I was just kind of all in,” Dominic Monaghan said of his former relationship with Lost co-star Evangeline Lilly.

Dominic Monaghan is being honest about his breakup with Evangeline Lilly.

On Tuesday’s episode of Unqualified with Anna Faris, 45-year-old Moonhaven actor Dominic Monaghan spoke about his breakup with his LOST co-star.

Monaghan reminisced, “I was dating an actress on LOST called Evangeline Lilly, who, you know, has gone on to have a name all of her own. And yeah, you know, I don’t really know how she would explain the narrative, but from my point of view, it was probably the first time in my life that I was just kind of all in.”

While committed to his sobriety, Monaghan realizes there is “an extraordinary amount of growing to do in terms of handling my substances and handling my choices.”

He noted that he was raised in England, where it’s not unusual for someone to drink alcohol begin at a young age.

“And that’s not like a glass of wine or a pint of beer. That’s like getting absolutely wankered on a Friday and Saturday night and maybe a Sunday afternoon,” he explained. “I thought that was normal. And I had a huge amount of growing to do in terms of what was normal and what wasn’t normal.” 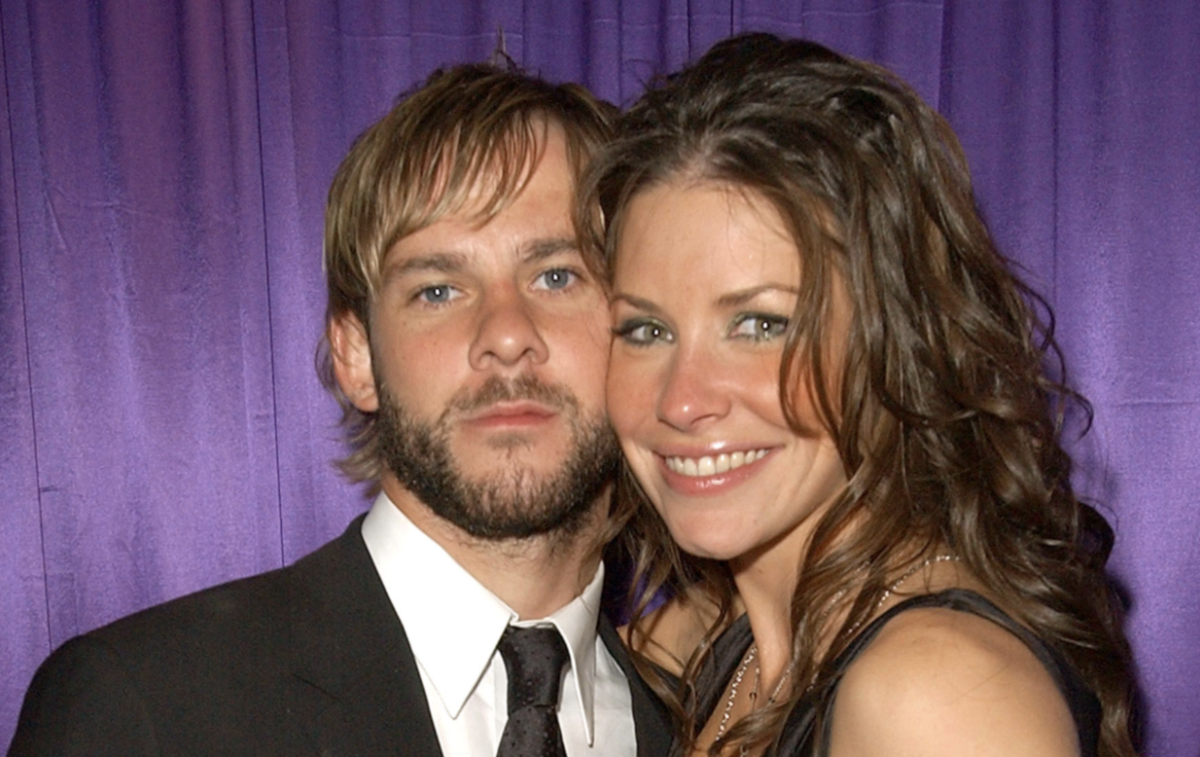 As for how they broke up, Monaghan said he learned they were no longer together after she started seeing someone new.

“I mean, to say I was devastated is an understatement, you know. I had to be told by a third party like, ‘You do realize that she’s with this guy,’ when we were together. And I was like, ‘Wait, what?; And this person was like, ‘Yeah,'” he recalled.

Despite his devastation, Monaghan said he is thankful for the bond he had with Lilly.

“But certainly, when I was with Evie, I was like, ‘This is fine. The little things that, you know, we’re working on, we will figure out. And we will make beautiful shapes with each other into eternity.’ And I think like, losing that potential was super sad. But it also got me to where I am as a person. So I’m very happy that it all happened.”

Lilly was Kate Austen on Lost for all six years, while Monaghan played Charlie Pace for the majority of the fifth season. Despite their long-standing parts, the pair previously stated that they never — if ever — watched past episodes of the ABC sci-fi drama, which concluded in 2010.

In an interview with PEOPLE earlier this month, Monaghan said “I’m aware that it was a good show and I’m aware that clearly people are continuing to like it now,” He went on to say that “People will come over to me on the street and they’ve written, ‘Not Penny’s Boat’ on their hand or people will tell me that it was their favorite character or that their kids have just got into it.”

“It’s certainly found an audience and continues to do so,” he continued. “It became kind of a piece of pop culture. I was happy to be involved in a show that for a while there was the biggest TV show in the world.”

As for Lilly, she told PEOPLE last October, “I cringe watching every single episode of the first 2 seasons when they were airing back in 2005. Because it was my first acting gig ever, and I really didn’t know what I was doing, and I was so bad in so many moments. I was so cringe-worthy.”

She’s not, however, against having a binge-watching session once in a while.