Dolly Parton has already had plenty of success in her different career paths, including her award-winning country music career and a string of Netflix and other films, but now she has her sights set on a new venture: dog clothing. The country music icon has officially launched Doggy Parton, a line of dog apparel and accessories produced in partnership with SportPet Designs.

Promising to “get tails waggin'” and described as “quite literally a ‘pet’ project that is very near and dear to Dolly’s heart,” Doggy Parton features a little “Dolly” inspiration in each piece. The 20-piece collection includes fringe-trimmed cowgirl dresses, rhinestone-bejeweled harnesses, gingham shirts and bandanas, concert T-shirts, collars and leashes, squeaky toys, and even a blonde wig inspired by Parton. Parton’s own beloved god-dog, Billy The Kid, serves as brand ambassador, sporting the wig in a video on Instagram the singer shared Wednesday. Billy The Kid, owned by Parton’s longtime manager, Danny Nozell, accompanies the singer to many media interviews and joins her on business meetings. He will appear alongside Parton from time to time to help promote Doggy Parton. 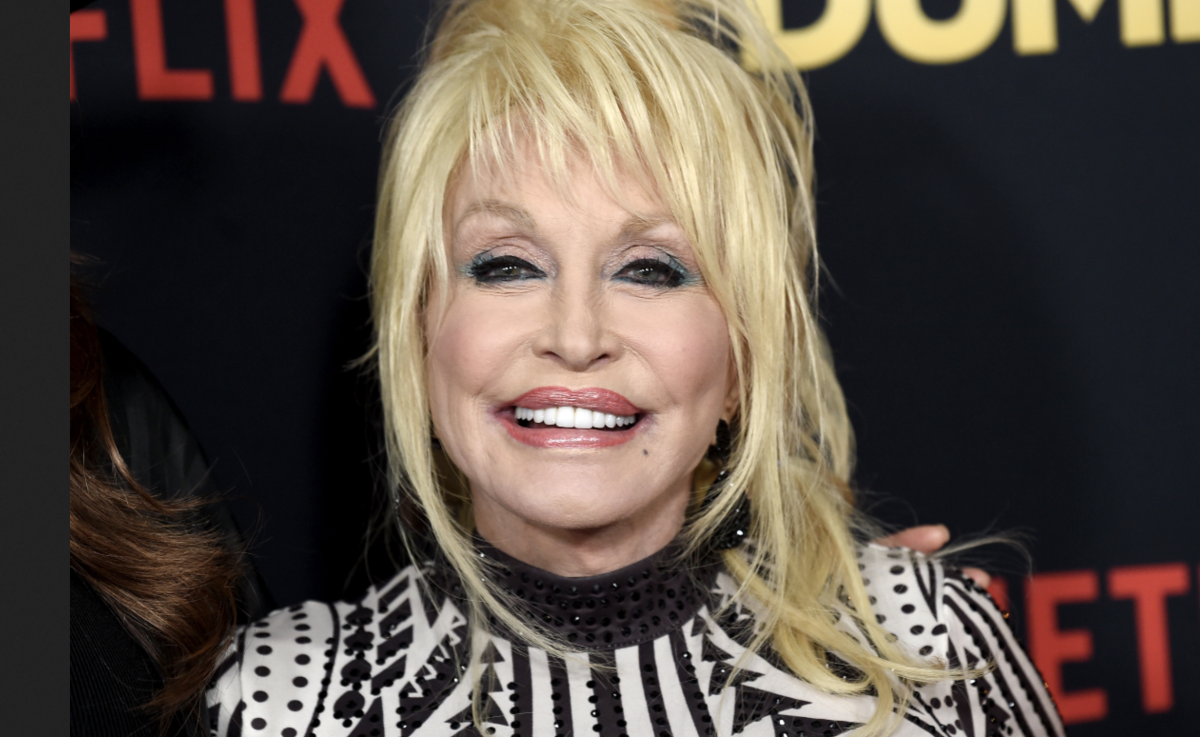 Today my new @DoggyParton collection officially launches, and your pet can sparkle too! ? Part of the proceeds will support Willa B Farms, a rescue where animals in need fine never-ending love.

“Puppy Love was my very first record and 6 decades later, my love for pets is stronger than ever. This inspired me to start my own line of Doggy Parton apparel, accessories, toys and more with a little ‘Dolly’ flair,” Parton said in a press release. “Part of the proceeds will support Willa B Farms, a rescue where animals in need find never-ending love. Don’t we all need that?'”

Today my new @DoggyParton collection officially launches, and your pet can sparkle too! ✨ Part of the proceeds will support Willa B Farms, a rescue where animals in need fine never-ending love. 💕 pic.twitter.com/MkzbCaDZgK

As Parton promised, a portion of the proceeds from the Doggy Parton canine clothing line will go to Willa B. Farms. The Nashville-based animal rescue organization is a rescue that provides a loving home to displaced animals of all kinds. In a video statement, Parton described Willa B. Farms as “a rescue where animals in need find never-ending love. Don’t we all need that?” According to the non-profit’s website, Willa B. Farms is “dedicated to improving the lives of homeless, neglected, abused and abandoned animals” and rescues and rehabilitates animals, providing them with love, care, and an environment where they can recover and thrive.”

Currently, the Doggy Parton line of canine apparel is only available at DoggyParton.com and Amazon. However, more retailers will be announced in the future. Fans of the line can sign up at DoggyParton.com to receive future updates about the line.