Sunday night’s super-sized Season 6 finale of Game of Thrones confirmed a portion of one of the biggest revelations in the Seven Kingdoms which was extremely exciting and satisfying and yet totally frustrating at the same time.  While Apple’s Siri may have some thoughts of her own on the subject, one of HBO’s official sites has posted some information regarding Jon Snow’s parentage that has the entire internet buzzing!

We all know that Ned Stark is said to have fathered a bastard child and raised the child as his own but, never made mention of child’s mother.  The child, in this scenario, is Jon Snow.  Throughout the series (and throughout the books as well) there have been many clues and hints pointing to the fact that Jon Snow’s true parents might actually be Rhaegar Targaryen and Lyanna Stark.  The backstory behind this theory came about after Rhaegar Targaryen competed in a tournament and, as the winner, he was to present a crown of winter roses to a lady of his choosing.  Rather than choosing his own wife, he rode past her and presented the crown of roses to Lyanna Stark (who was betrothed to Robert Baratheon).   As you can imagine, this caused quite a controversy.  It was believed that, later on, Rhaegar kidnapped Lyanna thus inciting Robert’s Rebellion during which Robert Baratheon ends up killing Rhaegar.

However, many believe that Rhaegar did not, in fact, kidnap Lyanna but that the couple ran away together to pursue a forbidden love affair.  And so, the theory R+L=J was conceived, both figuratively and literally.  It is believed that Rhaegar and Lyanna conceived a child in the time that they were together and, the equation R+L=J symbolizes Rhaegar and Lyanna as Jon Snow’s parents.

In the Season 6 finale, during Bran Stark’s vision quest back to the Tower of Joy, Ned Stark discovered his sister, Lyanna, in bed covered in blood.  She had just given birth and, as we heard from Sunday’s episode, she whispered to him, “If Robert finds out, he’ll kill him.  You have to protect him, promise me, Ned.  Promise me.”  Ned is handed a crying baby and, as the camera zooms to a close up of the baby’s face.  The screen then quickly cuts to a close up of Jon Snow confirming that baby was, in fact, Jon Snow (J) and that Lyanna (L) is his biological mother.

The show never mentioned anything related to Jon Snow’s biological father or confirmed if the equation R+L=J is correct, that is until now!

MakingTheThrones.com is HBO’s official behind-the-scenes site for all Game of Thrones production and includes information from cast, crew and even the creators.  The site has posted an intricate infograph which shows the connections of all the main players involved with Ned’s promise to Lyanna at the point in time during which the Tower of Joy scene is taking place.  The infograph is complicated but, wait for it……. IT LINKS RHAEGAR TARGARYEN TO JON SNOW AS HIS PARENT!!! Did they just confirm the “R” in the equation?

This is the first time that full detail of this theory has been shown in any kind of official capacity.  This would mean that Daenerys is not the last of the Targaryens and that Jon Snow quite possibly has the best claim to the Irone Throne as Rhaegar’s son.  This could also have interesting implications when it comes to battling the White Walkers making Jon Snow the true embodiment of “A Song of Fire and Ice.”

Check out the infograph below.  What do you think?  Is this official confirmation of the R+L=J theory or, is nothing confirmed until it is officially revealed in Season 7 or 8?

Let us know your thoughts in the comment section below! 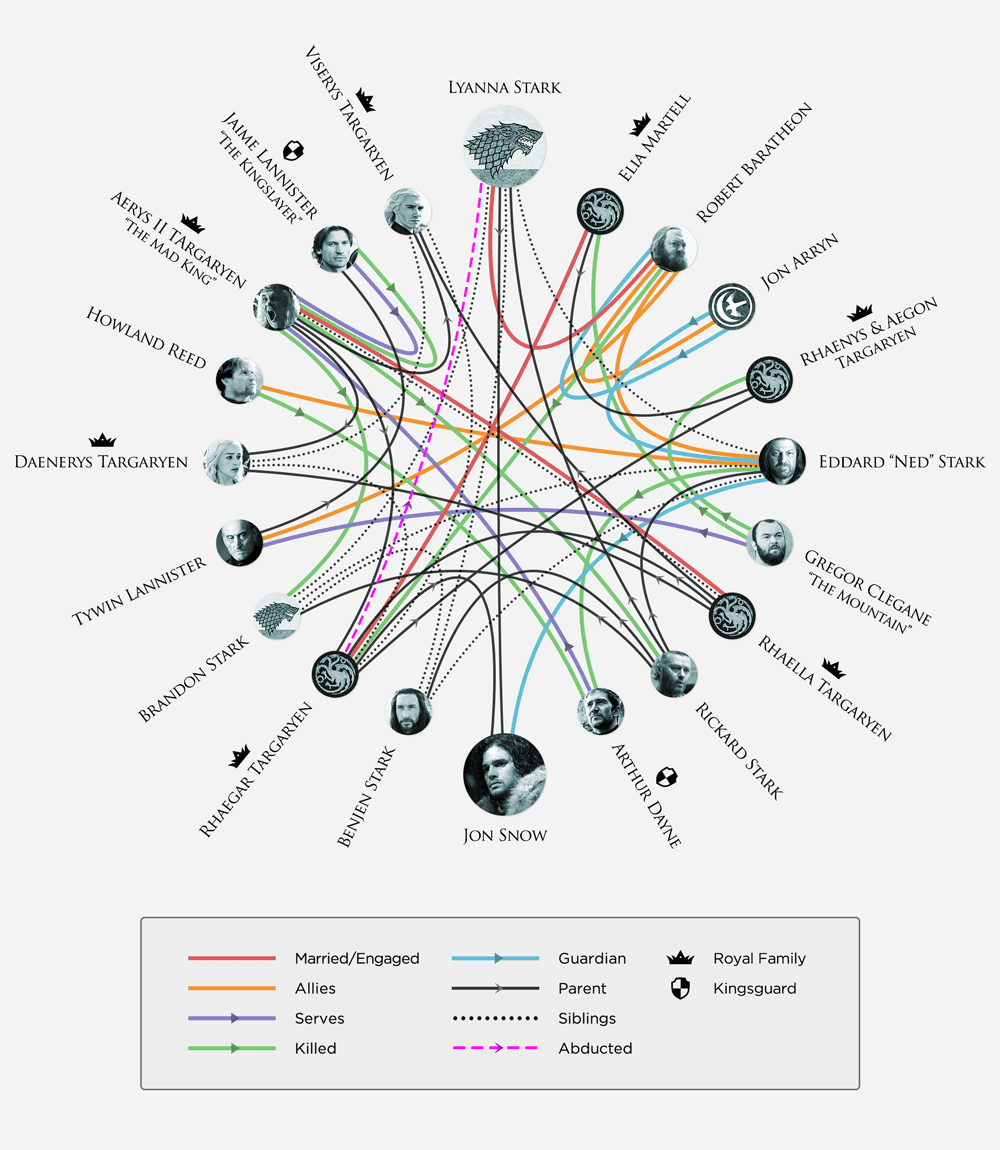