Disney fans! Make some room in your film collection because you’re definitely going to want to make this upcoming release a part of your world!

Originally released in theaters in 1989, Disney’s The Little Mermaid is resurfacing in a Blu-ray, DVD and 4K Ultra format for the first time ever in the Disney Signature Collection. Now, you can relive the magical tale about Ariel, the beautiful mermaid who dreams of becoming human in stunning, sharp HD as you’ve never seen before. The Signature Edition of Disney’s The Little Mermaid will be released on Digital on February 12th and officially becomes available on 4K Ultra HD and Blu-ray on February 26th. The film is currently available for pre-order. 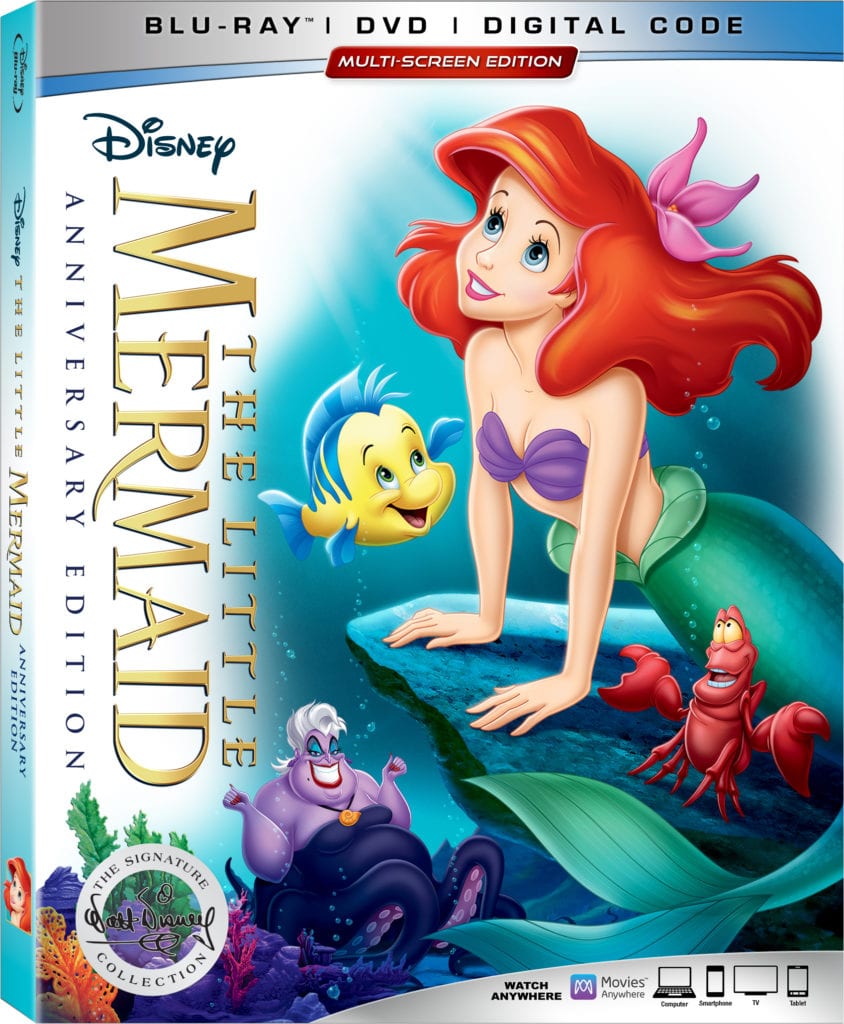 The Signature Edition of The Little Mermaid comes with never-before-seen bonus features, a sing-along mode, a discussion with some of Disney’s most beloved leading ladies,  and more! Check out the release video featuring the classic and below as well as a full list of bonus features below.

Are you excited to own this beloved film in it’s crisp, new format? Let us know your thoughts in the comment section below.