We still have a long way to go before we get a first look at the live-action remake of the Disney classic Dumbo but that didn’t stop the studio from giving fans a little tease as to what’s to come from the film.

During the live-action panel at D23 Expo on Saturday, Disney Studios rolled out a 3D model of what the title character Dumbo will look like.  The model was adorable and had the characters sweet blue eyes and, of course, the signature big ears. 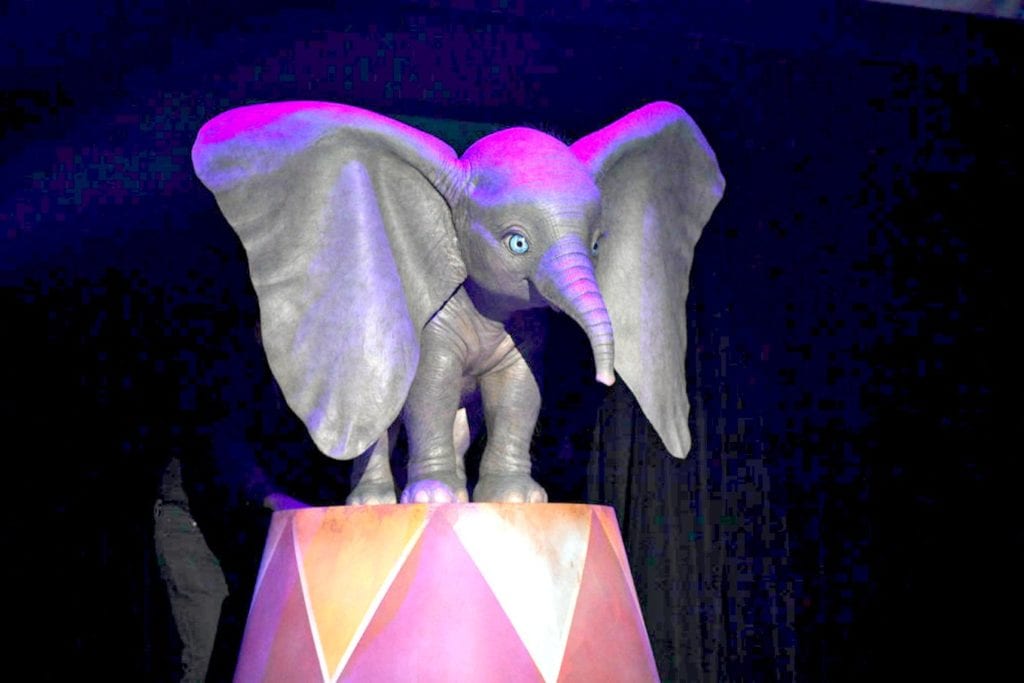 Director Tim Burton was not on the panel but he did send a video clip which showed Burton sitting in the caboose car of the Casey Jr. Circus train which fans will remember from the original animated film.  There was even a song about the train!  The below photo is the first revealed from the set of the film.

In the clip which has not yet been released online, Burton, who is typically known for putting a dark and bizarre twist on films, said the 1941 animated classic is “one of my favorite of the Disney movies, and we are working to give this all the heart and emotion [of the original].”

The currently announced cast includes Eva Green, Michael Keaton, Danny DeVito and Colin Farrell.  The film is currently in production and is expected to be released in theaters on March 29, 2019.