So, here’s a thing you probably already know. Some of the technology used at the Disney parks is absolutely crazy. They have some of the best animatronics in the world, and I want you to keep that in mind while reading this. Industry experts in robotics are just as impressed as we are with this newest achievement. See, the Imagineers at Disney Parks have made a fully robotic, autonomous Kid Groot. You might see him walking around the Disney Parks one day! See, they’re thinking of deploying him as a kind of… independent “robot actor” in Disneyland and Disney World. Yep, Kid Groot exists in real life, now! 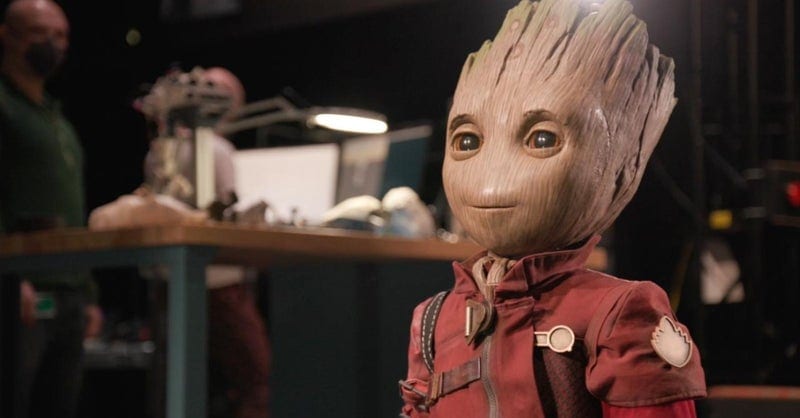 This Kid Groot robot is incredibly lifelike, to the point where it looks almost realistic. I mean, it looks like it walked right out of the Guardians Of The Galaxy films. This thing doesn’t just walk around, guys! The freaking thing walks around, of course, but it also waves, blinks, and apparently can do all of this by itself. We could build an army of these little guys and populate Disney Parks with them. Does anyone else feel like they might develop sentience and kill us all? Have you never seen a Terminator movie!?

This project, Project Kiwi, as they’re calling it wasn’t developed to make a Kid Groot. No, it was made as a platform first with the intention of nailing the movements and stuff like that. It seems like they were pretty successful. Project Kiwi may not necessarily end up deploying these Kid Groots to the Disney Parks. The odds are we’ll see the project in one way or another, it just doesn’t guarantee Kid Groot. Theoretically, this could lead to us seeing any number of autonomous CGI characters in robotic form. It could literally change Disney Parks completely.

How do you feel about this robot? Are you glad Kid Groot exists in real life now? Let us know below!