Oh, bother. One of the most wonderous and beloved films of the year is coming to home video next month and we can’t wait!

The heartwarming story of Christopher Robin and his Hundred Acre Wood friends – Pooh, Piglet, Tigger, Eeyore, Kanga, Roo, Rabbit, Owl and more – will be yours to own on Blu-ray/DVD and Digital on November 6th. For the first time in this film, the beloved characters are shown in live-action format. 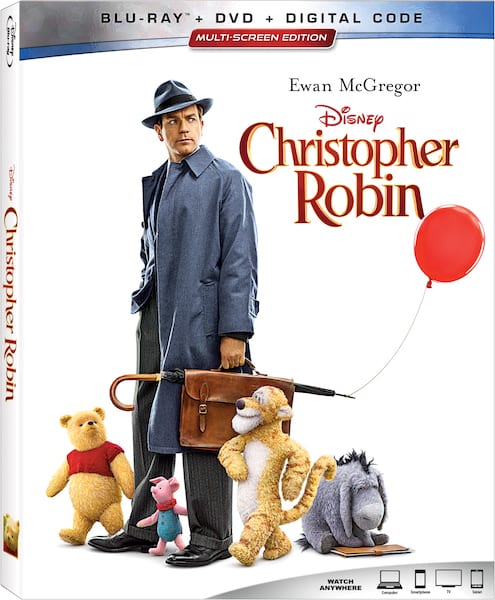 Christopher Robin will be available in several different formats including Digital HD/SD and Multi-Screen Blu-ray/DVD/Digital or single DVD. The upcoming home release will be packed with bonus features which provide a heartfelt look at the making of the film, the artistry behind bringing these classic characters to life and much more. Each format will have special features which are listed below.

Christopher Robin is directed by Golden Globe nominee Marc Forster with a screenplay by Alex Ross Perry, Oscar winner Tom McCarthy, and Oscar nominee Allison Schroeder. The story is by Greg Brooker and Mark Steven Johnson based on characters created by A.A. Milne and E.H. Shepard. Brigham Taylor and Kristin Burr produce along with Renée Wolfe and Jeremy Johns serving as executive producers.

Christopher Robin can be yours on November 6, 2018.

Are you excited to own this adorable film? Tell us your favorite part in the comment section below.