You didn’t think that was the end of the story, did you? Good, because it looks like Mal and the gang are heading back to Auradon Prep for Descendants 3! During Friday night’s premiere of the new Disney Channel Original Musical Zombies,  a teaser starring Dove Cameron aired confirming the third film and inevitably sent the franchise’s adoring fans into a frenzy. In the trailer, Cameron’s character Mal also alludes to a possible new villain…her father!

Check out the teaser below!

All of the original stars will be returning including Dove Cameron, Sofia Carson, Booboo Stewart, Mitchell Hope, China Anne McClain, and Cameron Boyce and the King of Disney musicals Kenny Ortega (High School Musical) will also be returning to direct, choreograph and executive produce for the third time. 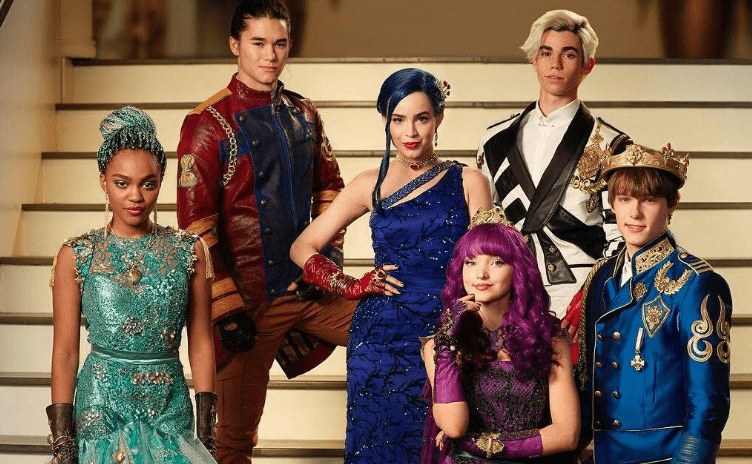 I… am not okay #Descendants3

It’s goin’ down in summer 2019! The Disney Channel gods have blessed us all. #Descendants3 is officially happening! Bring on the “trequel” @SofiaCarson, @DoveCameron & @chinamcclain! https://t.co/AqrJAMgBYrpic.twitter.com/56pW0WkkNM

Members of the cast also posted some messages for fans to share their excitement for the third movie as well:

This one is for all of the Descenders, straight from @MitchellHope! #Descendants3pic.twitter.com/OJCpyZ6C40

Message from @TheCameronBoyce for the Descendants, soon to be #Descendants3, fans! pic.twitter.com/BdhSvp9arA

And now a little message from the one and only UMA, @chinamcclain! #Descendants3pic.twitter.com/m0u2LPv92Z

Descendants 3 is expected to be released in Summer 2019, but there’s no word yet as to whether or not it will follow in High School Musical’s footsteps and premiere in theaters, but if it does this will be me:

If #Descendants3 plays in theaters:

Movie theater worker: Aren’t you a little too old to be seeing this movie?

Are you excited for a Descendants 3?