We are just over a month away from the most exciting and fin-tastic week of the year – Shark Week! This year’s programming promises to be bigger and better than ever, so it’s time to start prepping for your viewing parties.

Luckily for you, and just in time for the epic 30th-anniversary celebration of Shark Week, Discovery is bringing fans an awesome line of sharky products that you won’t want to miss. They have everything including bathing suits, socks, sunglasses, pool floats, Build-a-Bear (or should we say, Build-a-Shark) plushes, mobile games and more!

Discovery has lined up some special partnerships to celebrate Shark Week’s 30th anniversary in a big way including vineyard vines, Swedish Fish, Build-a-Bear, Philip Colbert, Knockaround, and many more.

Each year, the weeklong sharky celebration focuses on educating the public about these amazing animals while also throwing in some awesomely fun programs like last year’s Phelps Vs. Shark show.

More details on this year’s programming should be announced soon, but until then, check out the awesome product descriptions below so you can stock up on your shark-tastic merchandise in time for the celebration. 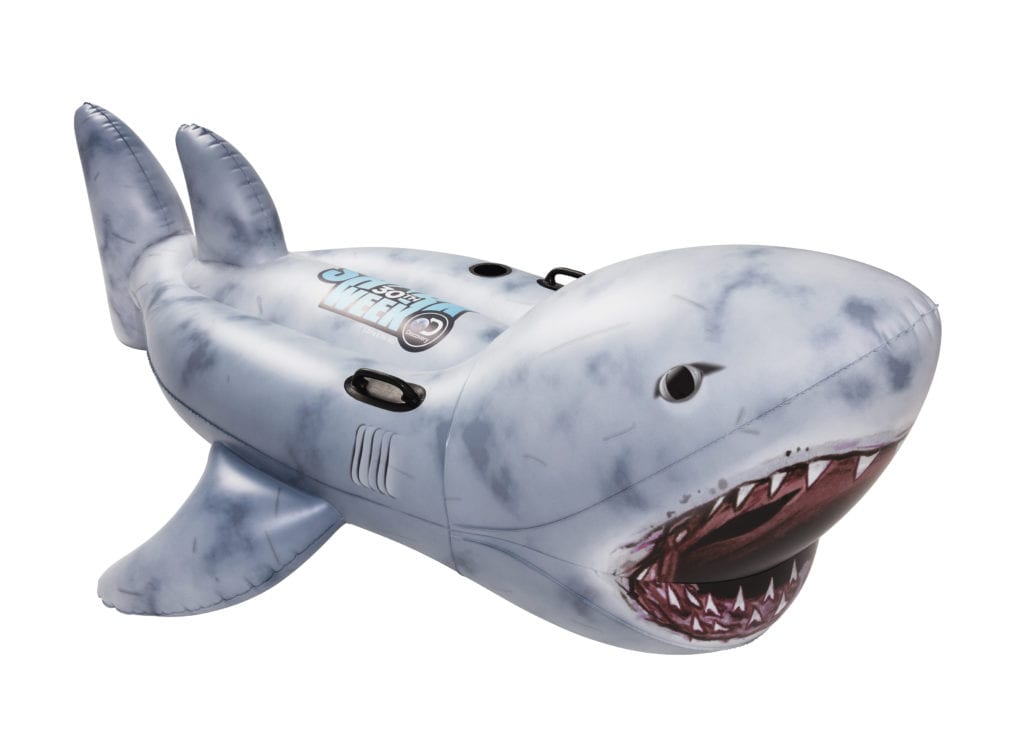