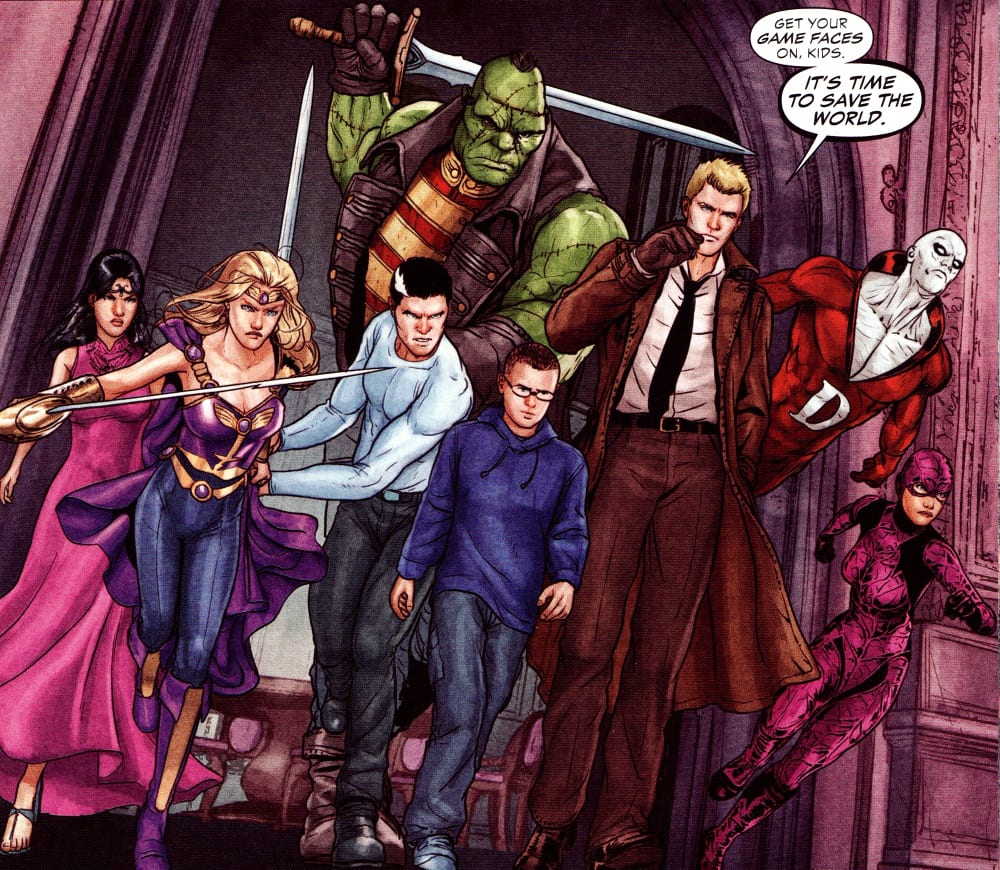 Produced by Scott Rudin and Michael Gilio, the film, titled Dark Universe, is finally happening after on-again, off-again development for years. At the helm will be director Doug Liman, who was originally attached to Gambit, but exited for reasons unknown. Guillermo Del Toro was originally supposed to direct Dark Universe but like Liman, stepped away from the project in order to direct Pacific Rim 2.

Justice League Dark centers around a team of supernatural characters led by John Constantine, who battle threats the original Justice League cannot: the occult and supernatural. The members will include Zatanna, Deadman, Swamp Thing, and Etrigan the Demon. As of now, however, there is no word on will the film will begin production or when it may hit theaters.

If you’re craving more Justice League Dark, an animated film is scheduled to be released on DVD/Blu-Ray later this year, and will feature the voice talents of Jason O’Mara, Camilla Luddington, and Matt Ryan, who played Constantine in the self-titled NBC series and on The CW’s Arrow.

Are you excited that Justice League Dark is happening? Who would you cast in the film?