Diane Kruger acknowledged her six-year anniversary with The Walking Dead‘s Norman Reedus on Instagram on Monday.

The 45-year-old German-American actress shared a black and white photo of the two and wrote: ‘|||||\.’

The tally marks were accompanied by a red heart emoji and she tagged her husband-to-be, 53.

This photo was taken of the couple at their most recent Cannes appearance in May.

Diane wore a sparkly silver gown with a matching bow on her heels. Reedus, who starred in the AMC horror series The Walking Dead, stood next to her in a spiffy all black look.

Diane and Norman met when they both starred in the movie Sky in 2015. They started dating in 2016.

They welcomed their first child together in 2018, a daughter named Nova Tennessee. They announced their engagement in 2021.

Diane also shared a recent social media post about how much she loves her husband. She posted pictures of the two of them together. 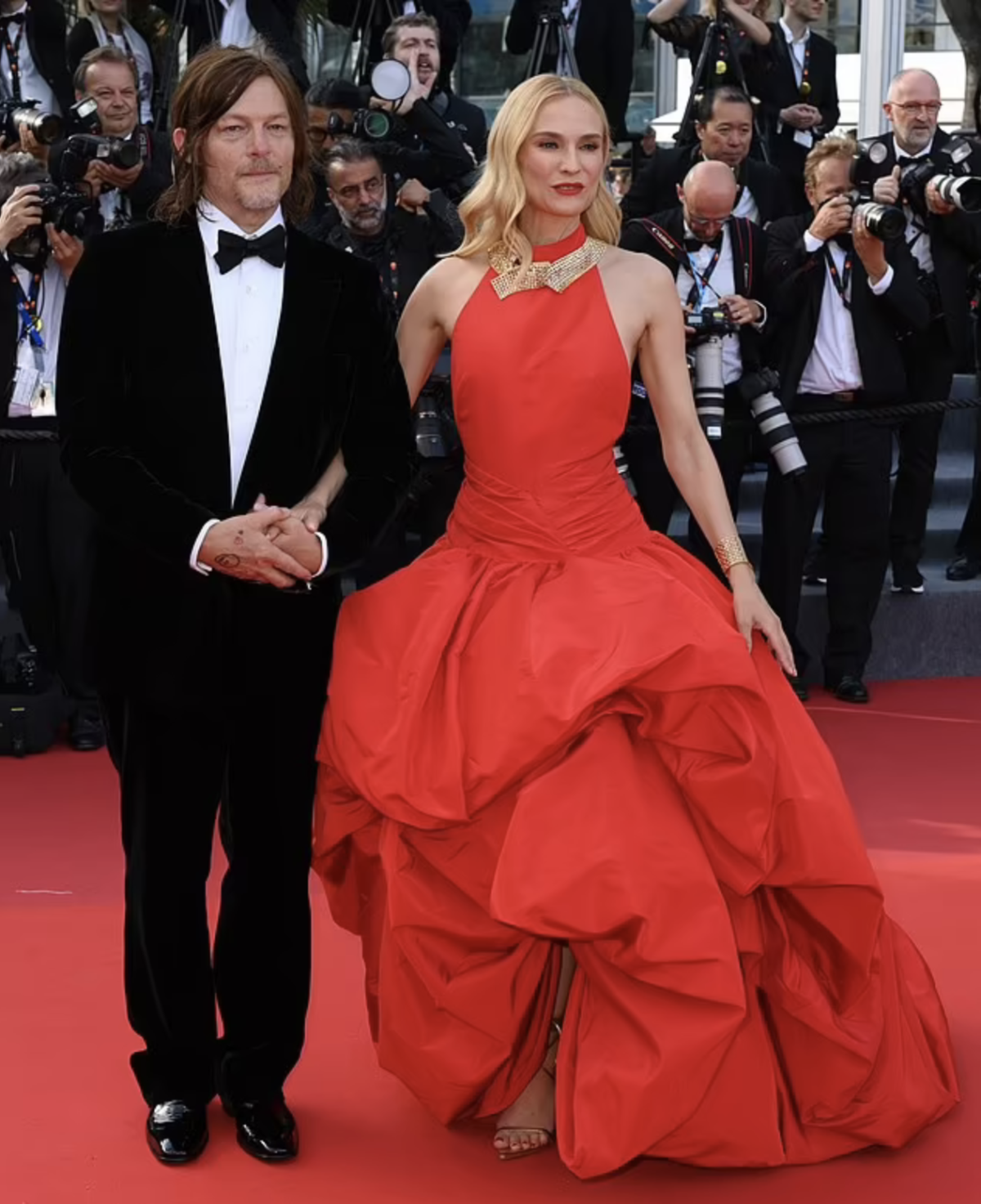 The blonde beauty was dressed up for a black tie event in a striped silver and black gown. She captioned the post with a picture of herself and her counterpart in white suits: “We look cute.”

The movie star delighted fans by giving them a rare behind-the-scenes glimpse into their lives. She added a heart-covered smiley face emoji to her post.

Earlier this year in interview with People, Diane announced that she wrote a children’s book called A Name From the Sky.

In her upcoming piece of literature, scheduled for an October 25 release, she describes how she came to embrace her name and how she and Norman selected their daughter’s name.

She noted that ‘Diane’ is uncommon name in her home country of Germany. ‘I remember coming home crying because kids were making fun of my name,’ she shared.

Her mom then read her a book about her namesake, the Roman goddess Diana. ‘It truly changed my life and how I see myself today,’ she revealed.