Welcome back Guardian! Today was the day we’ve been waiting for. After 3 years of Destiny slowly learning that “Story” is key, we got our first look at Destiny 2 and it… is… magnificent!

Not only do they add a ton of story-driven content and new enemies, but they also take the time to explain why we can import our Destiny characters, but not their gear. So before I ramble on, check out the new Destiny 2 Trailer reveal down below and meet me afterwards for the breakdown of some key scenes and details!

Story & Character Driven Content – For Honor Or For Revenge:

As you can see, this looks to be a much more story driven game as we not only get two rousing speeches filled with plot details and humor, but we also see Guardians interacting with regular people. In Destiny, it was never exactly clear if the only people who remained were Guardians or not because we never saw non-Guardians. This trailer though has Guardians and regular people interacting and helping each other, which adds loads of emotions to this game. Though it’s not just the more immersive story that might drive you, but also the personal aspect as the trailer reveals why characters may be imported but not armor and weapons – the vault has been destroyed.* So whether you play for reclaiming the lost city or venting your anger that the Cabal destroyed your stuff, there’s something in this for everyone!

*Added Note: We do see the infamous Stormcaller Melee, so class powers seem to remain.

Speaking of the Cabal, we get our first look at the Red Guard elite force of the Cabal. Now in Destiny, the Cabal were some of the least explored of the series and yet we knew they would return with a vengeance as their final story mission reveals a strange transmission being broadcast – clearly them calling for reinforcements to launch an all out attack. Though this trailer shows us that the Cabal are much more than just standard bruisers as we see several new classes of warriors each with surprisingly advanced armaments. From energy shield to packs of vicious pets (the first quadruped enemy of Destiny), this game will certainly explore a lot of their ranks and story. All that remains is to see how the Fallen, Vex and other enemy classes fit into Destiny 2 – because you know they won’t stay quiet for long. 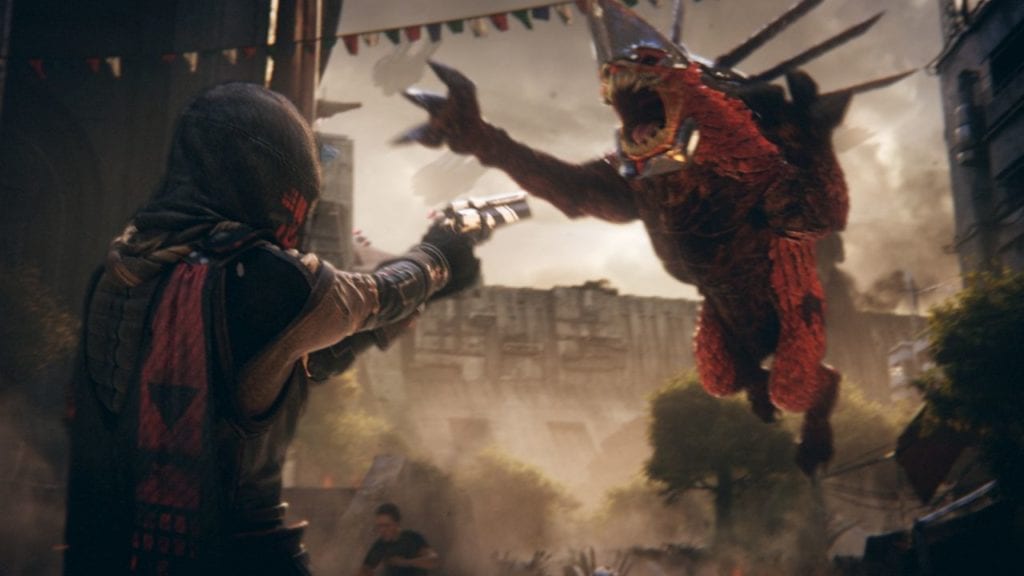 Destiny 2 is scheduled for release on September 8th but if you Pre-Order you’ll get early access to the Beta, which is where the series has real potential to earn back long dormant players. Further more, there are 2 logos present on the Digital Download screen representing the Expansions. The first is of course the Logo for Trials of Osiris and the second is Rasputin, the Warmind many players will remember from Destiny.

These could just be placeholders, or they could actually give us a glimpse into each Expansion’s content. So with Destiny 2 seeming like an initial ‘take back the city’ game, could that main game end with them victorious and Expansion #1 bring the return of Crucible? We might not know the answer to this until Gameplay is revealed on May 18th, but as of the moment the Rasputin icon for Expansion 2 is what really makes me curious. Rasputin has seemingly been both ally and enemy in Destiny, so what does this mean? Will we finally work fully with Rasputin to push back the threat or will he stand in our way. Ether way, hopefully this game continues to answer lingering questions from Destiny; and judging from this trailer, it shall!