A couple of weeks ago we got our first look at Destiny 2 thanks to a stunning reveal trailer that teased more cinematics, new enemies and a vastly enhanced story. Now Destiny might not be presenting at this year’s E3, but today Bungie held a massive live event to give viewers and attendees a super in depth look at the long awaited sequel. So how’d it go?

Well remember all those months when there was no new Destiny content due to “working on the sequel”? …. WORTH IT!

With stunning new worlds, emotionally driven storytelling and exciting new ways to get EVERYONE – even solo players – involved the series most stunning aspects, Destiny 2 is set to deliver everything we ever wanted from the series and more! So let’s check out that Gameplay trailer and document everything we learned today at the live stream event!

As the Live Event began, we were told that Bungie saw this sequel as a chance for a fresh start. This would be a chance to welcome back veteran players as well as welcome players new to the franchise on equal footing. As such, there were 3 Guiding Principles Bungie clung to above all else when designing this game:

1) “A World That Pulls You In” – Emotional Story, Character Development & A Villain Like No Other:

As stunning as that trailer is, the live game footage and opening cinematic were even better. The pacing and emotions that go into each reveal is flawless and unlike anything we’ve seen in Destiny before. In fact, at times I thought this was the movie the game was based off of but never got around to exploring. From hero to villain, everyone goes on a journey that you can understand. This game will: explore what it’s like to BE a guardian; how it felt first being revived with no memories and why we are instinctively drawn to the light. Character’s we’ve known since Day 1 will finally get their deserved character development as we are tasked with reuniting the vanguard after everyone – even them – have lost hope, succumb to anger or try to lead a counter attack before their ready. .

Though it’s not just the heroes that get more flushed out motivations, but the villains too. Unlike the Hive and other enemies who seemed to just want to destroy for the purpose of destroying, we learn that Dominus Gaul (aka Gary) is laying waste to the Guardians not because he wants to destroy, but rather because he is jealous. According to the developers, he and the Red Legion were raised to believe that everything they suffered and endured made them worthy of being chosen by the Traveler. He feels humanity isn’t worthy and he will do everything to show the Traveler it chose wrong, and he will take what he wants for himself.

2) “Amazing Things To Do For EVERYONE” – Enormous New Worlds, Single Player Enhancements & A Redesigned Crucible:

Continuing with Principle #1, Destiny 2 wanted to give players “a world that pulls you in” but this doesn’t just apply to story elements but also the way the world is designed. The Maps are larger than ever and you are now allowed to jump directly from planet to planet without the need of returning to orbit. The want to keep you in the action as much as possible and the new activities for Single Player truly speak to that. In addition to the returning favorites like Campaign Missions and Patrols, you will also get new tasks called Adventures and Lost Sectors.

Adventures are side missions given by other characters that will aid in strengthening your guardians. Lost Sectors on the other hand are hidden parts of the map that will have a massive stash of loot with a unique boss guarding it. The days of trying to make sense of your map are over, as the new Open World design and Map interface will actually make you want to explore every nook and cranny of this world. There’s a story around every corner Guardian. Are you ready to hear it? With talk of the Vex repurposing an entire world (Nessus) to their whim as well as Io being the last place the Traveler touched in this world, there’s plenty to listen to! 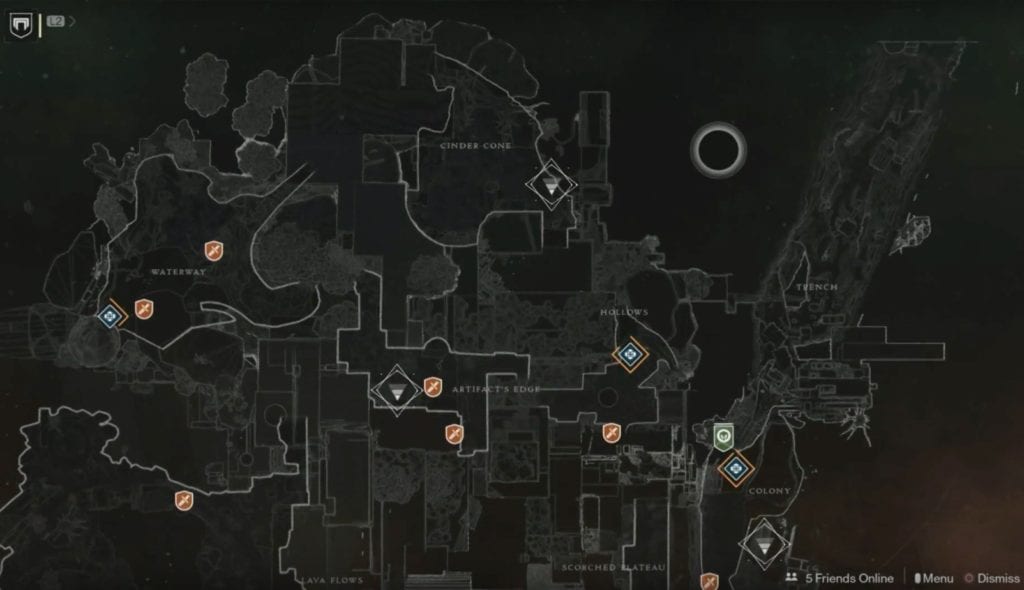 Though if you are more of a competitive player, then you’ll be happy to know the Crucible has also been reworked with new Maps, Game Modes and a new standard format of 4 v 4 matchmaking. One such new game mode is called Countdown where you must place a bomb in your opponents base and stop your opponents from disarming it. Pair this with how weapons and classes have been reworked ( I’ll get to this in a moment) and it’s easy to see how the Crucible in Destiny 2 will remain a game mode that everyone can learn but very few can Master.

The most intense part of Destiny has always been the raids; and Bungie acknowledged that whereas it’s amazing that 50% of the player has joined up and formed Fireteams to take on end game Raids, Strikes and Trials; there’s still 50% who haven’t. This lack has resulted in a new system called Guided Games, where a single player can scroll through different clans that are currently playing and join up for a mission. This is basically in game matchmaking that you control. This system also benefits existing group players in situations where they’re running a Raid and someone suddenly has to bail. Rather than waste time trying to see who knows who, you can put out a blast and wait for someone to bite.

There’s also no strings attached when jumping into Guided Gaming. You can work together for a single game or be invited to join the Clan full time. Though remember that community does pay off – and this time even more as Clan Rewards have been added as well. Clan Rewards are exactly what they sound like. By working together, your Clan can earn rewards for the ENTIRE clan – not just those of you who participated. So let’s say 5/6 of your clan was able to unite and take down that Raid Boss. Well even though that 6th player had to miss out, they will still get rewarded! 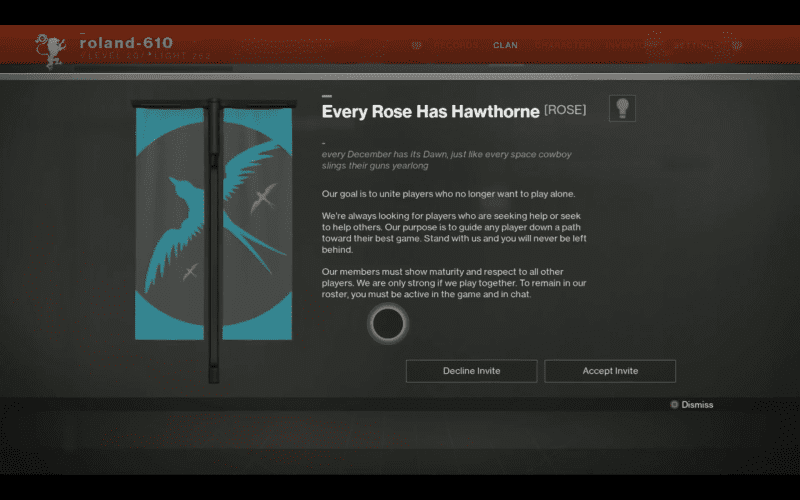 Destiny 2 will also introduce 3 new Subclasses. The new Warlock subclass is called the DawnBlade and is like a ranged melee version of the Sunsinger. Upon activation, the Dawn Blade summons a blazing sword that can slice apart enemies from a distance. The new Titan Subclass is called the Sentinel and is a more aggressive Defender. As for its Super… well it’s basically turns you into Captain America as his super can summon a shield that can be used to defend or throw/ bounce off enemies. The final new Subclass is for Hunters and is called the ArcStride and works a lot like the Bladedancer. Additionally, this super summons a massive lightning staff and relies on heavy acrobatics to overwhelms enemies… it basically makes you Nightwing. Further more, each class will get a 3rd ability that remains regardless of subclass. We can see this on the HUD display as well as get activated as the Warlock plays through. For warlocks, it’s called Empowering Rift and grants you some buffs. . There’s also rumors of Titans having the ability Brace, which creates a small wall of Light for cover and we can see this in some gameplay shots.

As for the weapons, those have been changed from Primary, Secondary and Heavy to Kinetic, Energy and Power and what you can equip into what slot has changed drastically. For example, some new hand cannons are both kinetic and energy weapons so they can be placed in either slot – and thus do kinetic damage if placed in Kinetic slot or Energy (ie: arc, void, etc) if in the Energy slot. As for the Power Weapons, these are basically redesigned Heavy Weapons plus some previously secondary weapons as well as some new weapon types (like Grenade Launcher)! 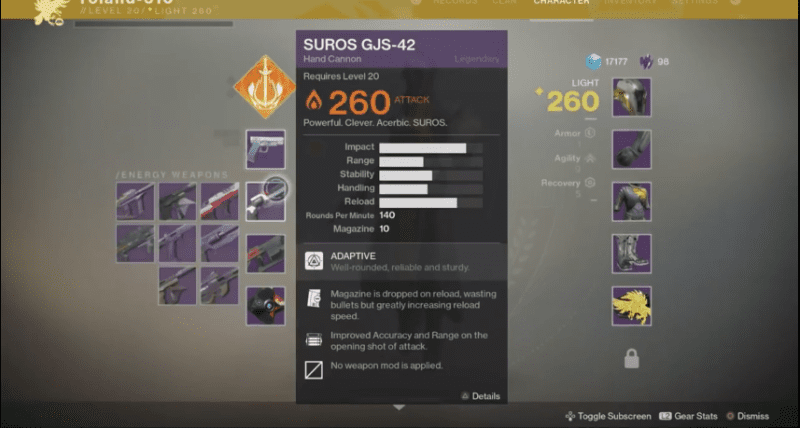 Finally, Destiny 2 marks the first time Destiny will be available for PC play. Although you can’t get it just anywhere as Bungie has partnered with the powerhouse Blizzard (yes, that Blizzard! Overwatch anyone?) and will have Destiny 2 available for play via Battle.net.

Destiny 2 is scheduled for a September 8th release and a Beta will become available later this summer. Though preorders will also grant you with early access.

Home » Featured » Destiny 2 Live Event Shows Off Everything We Wanted And More!